I recently heard a news about future updates of samsung galaxy flagship devices as follow 👇👇👇👇
Samsung has decided to provide updates from the Galaxy S10 mobile phone to 3 major Android versions. Meanwhile, during the Digital Unpacked event for the launch of the Galaxy Note 20 series, Samsung announced that they have decided to offer updates on the Galaxy 10 series and up to three major Android versions of the flagship phones.
But no any futher update of galaxy note 9 or s9.
I want to know ,why can't rollout android 11 for galaxy note 9 and s9 like s10 or note10 🤔🤔🤔🙏🙏🙏🙏🙏

Re: About Further updates

I am out from samsung for ever..if they didn't give android 11 for note 9.
A phone priced at $1000+ tax getting only 2 major updates(out of which android 9 was already in market during the launch of this phone but samsung went ahead with android 8 only to consider android 9 as a major update) is a joke.
2 Likes
Share
Reply
Reply
Loading...
Highlighted 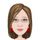 Re: Re: About Further updates