Cheated in an online deal and got a Korean Note9 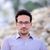 Hello to all the respected community members.

A month ago I make a deal on an online platform and buy an opened-boxed Samsung Galaxy Note 9 device. The device came with all the original accessories. But I have found that there's a custom ROM installed in the device basically for the "dual-sim" option or whatever.

Anyway, long story short, I have installed the devices' original factory ROM and I have ended up with; 1) Limited to singly SIM version (which isn't a big deal for me). 2) Now I cannot use most of the Samsung features such as Health and SamsungPass, etc, and the most important thing is that; 3) I cannot change/remove/uninstall the below-mentioned apps from my phone:

(d). And a few others in the Korean language.

I am currently living in UAE and willing to change my phones' existing ROM to some other International version or more likely to the UAE version of the Galaxy Note9 series in order to take advantage of the apps and services that I have paid for.

My question to the community is where anyone of you came up with such kind of situation and you have contacted Samsung and you got a solution for example they helped you to install your regional-based or International ROM.

Further into it; I am using my phone and it works fine as per my day-to-day usage, but again it is not satisfactory when you look at your phone screen and there are apps and stuff that you didn't understand and still cannot remove from your phone...

Some of the screenshots are attached here for reference only. 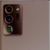 Note 9
Flash it to UAE CSC ROM or any other country you want but remember Samsung now supports devices based on the locale they were made for and not where they are being used. You will not get support for the phone in UAE unless it was made for the country. You seem to know the flashing process so good luck.
1 Like
Share
Reply