Hello,
In August 26th, 2018 I bought Note 9 and I still love it. But couple weeks ago I learned that my phone won't get Android 11 and future Android updates while I plan to use this phone for at least 2 more years. And that really made me mad. On top of that couple months ago I learned that starting with S/Note 10 series they removed a feature I use most with phones (around 40% time I use my phone I use that feature) and that is 3,5 mm jack. So now if something happens to my phone or I just want to get new phone, then Note series or even S series are no more option for me. Because of that I want suggest some things and that is: for next S/Note series bring back 3,5 mm jack and until next S/Note series phone with 3,5 mm jack will be announced you continue bringing new Android updates to S/Note 9 series. Or if you at all not consider bring back 3,5 mm jack to S/Note series then at least continue bringing new Android updates to S/Note 9 series.
Thank you in advance for listening. 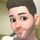 Re: Future of Samsung Galaxy Note 9, feedback and future of Note series

since forever Samsung Android phones get to operating system update you get 2 years of updates that's it anything past that your phone specs might not be able to even handle the operating system as it's built on a newer processor etc etc
0 Likes
Share
Reply
Reply
Loading...
Highlighted

Re: Future of Samsung Galaxy Note 9, feedback and future of Note series

the headphone jack has been removed in favor of Slimmer phone and most people using Bluetooth headset if you need a 3.5 headphone jack there are adapters It's The Sign of the times in today's world you have to pay to play if you want the better stuff you have to purchase the better phone
0 Likes
Share
Reply
Reply
Loading...
Related content