After a recent Windows 10 update and repair done long distance by Dell Support, my Note 9 stopped importing my images and videos correctly via usb.  It would find all images as normal, but then only import a few odd ones  from apps etc.  FYI: My phone whas ALWAYS been  set to import TRANSFERING FILES for my importing.

I contacted Dell again and they had me change my phone from TRANSFERING FILES to  TRANSFERING IMAGES. That did bring in my camera images, but not images from other folders as it usually did. But the main problem was now it will NOT bring in video files from my camera roll.

IMPORTANT:  I ALWAYS use the built in Windows import function to bring in my photos, videos and other various files using a usb cable. I do this because it auto imports them and places them in time dated folders for me.   I'm NOT interested in manualy copying the files. There's just too many on a regular basis.  It's worked this way for years for me on several windows computers.

I have no idea how to fix this odd problem or what is causing it.

Attached are screenshots I took right after it stopped bringing in any camera photos.  I just need it to bring in my vidoes now.

Any help would be greatly appreciated! 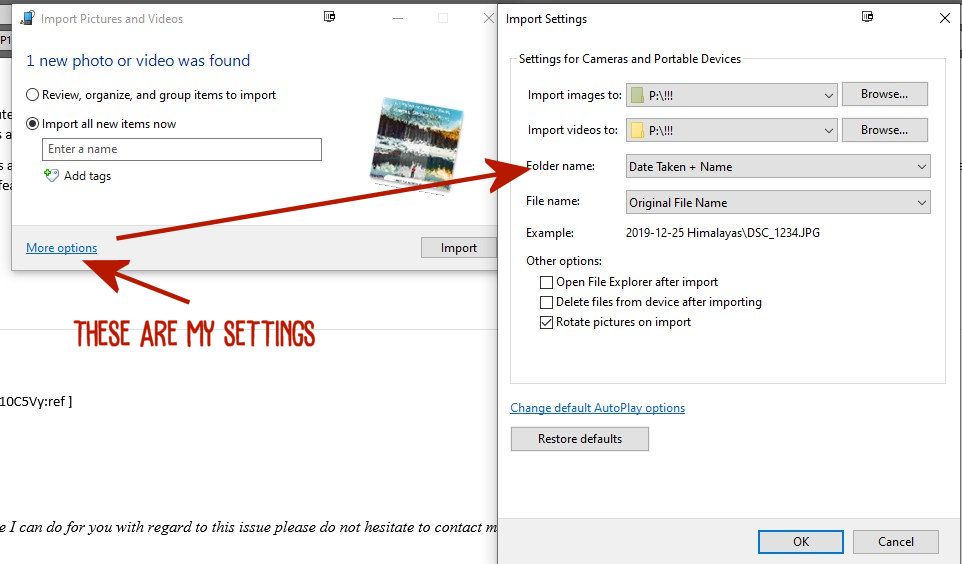 MY SETTINGS WHICH HAD NOT CHANGED 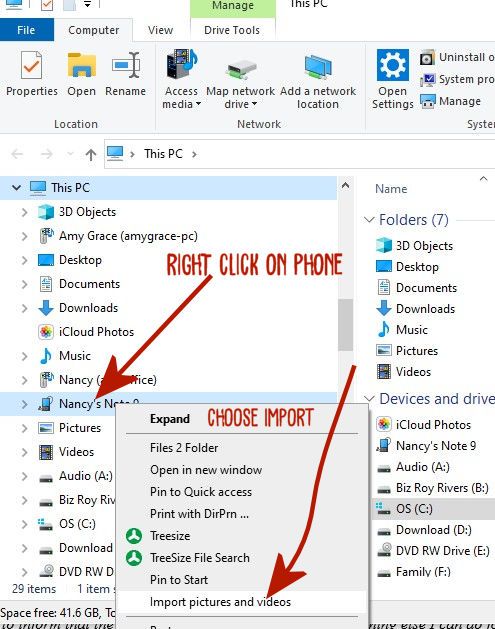 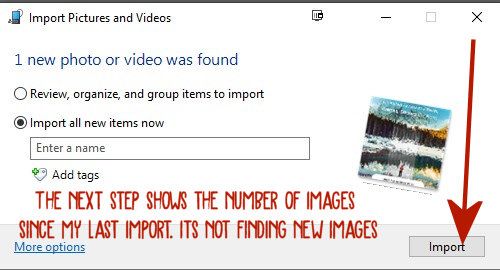 This shows how it was always set. I'd not touched these settings since orignally chose them when I got the phone last year. Once I chose Transfering Images it did bring in camera roll but no videos.

Have you verified where the videos are saving to? It looks like the program is looking at the phone's internal storage in the DCIM folder. If you go to My Files on the phone and navigate to that folder, do you see the videos there?

Thanks for the response. Yes the videos are in the DCIM folder.  (Image attached) They have always been there. No settings have been changed since I orignally selected how to import when I got the phone. And the import would ALWAYS check my entire phone and card and bring in anything new it found wheter it was video, gif, images etc. If I installed a new app it would bring in those images. Added songs... it would pull in the cover art. I simply deleted them after import.

I know there was a recent phone update. Did they change how the usb choices workes? Not sure the timeing and I only noticed the issue when Dell messed with my computer.

You can see the videos mixed in with images in the DCIM folder...

Hey Nancy! Have you tried switching the setting from USB controlled by This Phone to Connected Device?

Thanks for asking that as I just realized something. I had tried to switch to that, and just did again.  It lets me select it then shows "Switching of role of host between devices."  Then it stops at gives me the message "Couldn't switch".

I've not googled this specific issue and I'm unsure if it would work. Again, when I first set this up it was a year ago and I'm unsure which one I chose... but it always worked.