Problem with selective texts after update

Disclaimer: speak slowly, dumb all things down to their dumbest forms, and be gentle with me for my technological skills can best be described as remedial, lol. The last software update (which, for the record, I intentionally tried to prevent by keeping my wifi OFF only to have it rudely forced upon my poor, unsuspecting phone as I slumbered one fateful night) rendered my text messaging app FUBAR and LITERALLY NO ONE within Samsung OR AT&T has been able to offer any constructive advice other than to factory reset my Note 9. Yeah, that's gonna be a no from me, dawg lol. But seriously, if I can avoid this it'd be just swell. The issue is that I can send and receive texts to EVERY OTHER SINGLE HUMAN IN CREATION besides the one person I not only text the most, but am married to and own a business with: my husband. We've been banished to using Facebook messenger for texting, which is super annoying to say the least. First world problem? Yes. Yes it is. But is it so wrong to simply desire my OBSCENELY EXPENSIVE piece of technology to function properly? I would dare to say no, it is not. And while I CAN text other people in my messages app, there are still majorly frustrating glitches including this fun thing where every few days I'll hit send on the obscenely long text I just spent copious amounts of time composing and POOF, it's sucked into the vacuum of space and time. As I try to ignore the violent twitching in my left eye, I'm left silently staring in disbelief, embracing the irrational rage I feel welling up inside me. Once I get right with Jesus and my vision returns to normal, I'll realize I can't text ANYONE so I'll restart my phone and this usually works...until the next time, that is. And this isn't the first time this has happened to me. My last phone, the Galaxy S8, experienced the same issue after this nonconsensual update, but after receiving no help from Samsung or AT&T then either, a random internet hero gave me the advice that restored my messaging app and my sanity: I backed up my messages, forced the app to stop, cleared the cache, cleared the data, reset messaging settings from within the app, restarted my phone, synced my messages to reload them back into the app, and viola, the problem was permanently solved on that phone. Another super awesome byproduct of this latest update was having the last EIGHT MONTHS of VERY IMPORTANT work related text messages and pics just totally erased from existence as if they never happened. Apparently those were exempt to the so-called backups claiming to be occurring regularly within the app. But at the end of the day, I just want my texts to work like they're supposed to IN THE NAME OF ALL THAT IS HOLY AND RIGHTEOUS. Please help me. For. The. Love.

Did you try to wipe your cache partition?

Power off. Hold the volume key up with the bixby key and the power key at the same time while phone displays the Samsung logo. Then release all keys. Follow instructions with your up and down volume keys to (click on wipe cache partition) (confirm yes) then confirm (reboot system). See if that works. 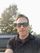 First you will want to make sure that it isnt another app that's causing the problem. Mainly a app that doesnt already come pre installed. So the first thing I would do is put your device into safe mode and see if that fixes the problem. Also is it Samsungs messaging app or your providers messaging app or Google's? Oh and by the way enable your developer options on your device and turn off auto update. That's what I do on all my devices I use. Also if you have a unlimited data plan turn on data always active. Another thing, when your message gets to be a certain size they turn into multimedia messages regardless of there being a picture attached to it. I would need to know if they are multimedia messages that you have a problem with or just text messages as a whole. But doing these things will narrow down the troubleshooting process.

Grosa196059 when I hold the volume up button, the Bixby button, and the power button simultaneously, the only thing that happens is Bixby's voice booms out "HI, WELCOME TO BIXBY," lol. I've tried pushing on the 3 buttons simultaneously, the volume up first/Bixby second/power third and several other combinations but that dang Bixby lady is persistent lol. She seems to dominate all the land and so I'm unable to try your option. Are the buttons I'm pressing the correct ones?

Grosa196059 when I hold the volume up button, the Bixby button, and the power button simultaneously, the only thing that happens is Bixby's voice booms out "HI, WELCOME TO BIXBY," lol. I've tried pushing on the 3 buttons simultaneously, the volume up first/Bixby second/power third and several other combinations but that dang Bixby lady is persistent lol. She seems to dominate all the land and so I'm unable to try your option. Are the buttons I'm pressing the correct ones?

You left one step out. The first step should be turn the phone off. THEN press bixby and volume up hold and press and hold power on. All 3 buttons down at the same time.

Sirjosejime It's the text messaging app that came on my device so it's Samsung's app. All texts are affected by this, not just multimedia texts. And my husband's number isn't blocked in my phone, I've checked to ensure my text app is the primary messaging app, and tried everything short of interpretive dance. As mentioned, I'm totally inept when it comes to tech stuff so safe mode sounds lovely but I'm clueless as to how to put my device in this mode. In keeping with this theme, what are developer options a d where do I find them? Aaaaand how do I turn on data always active? I know. I'm even annoyed with me lol! Thank you so much for your help!

Sometimes it could be blocked on his end for some reason. But developer options are extra features that you can use for more control over your device. Activate it by going into about phone than go to software information and find build number and tap it 5 times and it will tell you developer options are enabled. Than go to the main setting screen and it will be under about phone. That's where you enable mobile data always active it's nice to be on the phone with someone and still be able to go online and check something. Also that's where you would  turn off auto update as well. Both options are twards the top of the list. You can also see what apps are running through running services.  Which helps to make sure only apps you installed and system apps are running.  Among other useful features you can look through.  I wouldn't mess with all of them unless you google them first, just to know what it would do.  To put your device into safe mode turn your device off and hold power and volume down to turn on, once you see the Samsung logo let go of power but keep holding down the volume down button. Once your phone boots up you should see safe mode near the bottom of the screen.  Now check and see if your messaging app works. If not than it's not due to a app.  To get out of safe mode just restart your device.  If that doesnt work than let me know i will do some research  to see what it could be. I usually have the device in hand to troubleshoot them, it's a little more difficult this way but definitely possible to troubleshoot. Plus I dont work for Verizon anymore but I do understand how useless in store reps can be. In fact the reason I dont work for them is due to the fact they didnt want me to troubleshoot anymore just sell. But customers are not to enthused when you try to push a new device on them. Especially when they are frustrated. Not to mention happy customers are returning customers,  which I proved that to them. When I left none of my customers went back to the store. Which was alot of people when you provide good customer service, that and most reps in general dont know what they are doing. As far as over the phone reps they just troubleshoot your device by following a list they have in front of them. Which is a setup for failure when you are trying to fix a device that you have no knowledge of how it works. That's the problem with companies these days, they want people to work and sell but without knowing how something works or what its capable of than how can you sell or answer any questions about it. They got the devices just not the tools or info to fix or sell them. But as long as they hit goal and get there bonuses than they dont care. Good example CenturyLink worse customer service I have ever seen but since they are the only provider around here and alot of other places they know they can get away with it. Sorry for the rant but I hate no one can find help with anything and if they can your paying up the ..... for it. That's why I learn everything I can and fix all my things instead of giving them the satisfaction of buying the product again. Plus I dont feel like buying it again in a year or so, if it's not half broken out of the box that is. I know what you mean though, I run a family owned water company and I hate not having the information to fix things let alone not being able to use my phone for getting ahold of customers because the provider and the manufacturer dont have the knowledge to fix there own devices. Such a big inconvenience, also do to low standards from the company's the work ethics these days are almost non existent.  I would be firings employees all the time lol. Enough on my rant, stick with the troubleshooting, I had great conversations with my customers, which is why I had so many. Getting to know your customers and how they use their devices helps with possible reasons of why there device isn't working right. also helps when selling them the right product when they are ready to buy it.