Ever since an update a couple months ago, neither my husband nor I can effectively send pictures. I have a note 9 and he has just the 9. If we try sending a pic via gallery, it crashes and eventually restarts our phones. If we try sending a pic from the messaging app it doesn't ever load the pic to select, eventually crashing the app. If we 'take picture' from messaging app, then it'll let you take the pic but takes FOREVER to load it! Obviously others are having this issue since that update, GET IT TOGETHER SAMSUNG! 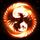 Have you already tried clearing the cache of both the Gallery and your Camera application and then restarting both devices?

Did you still need help with your issue?