Where to order replacement S-pen for Cloud Silver Note 9?

I have looked all over the internet but yet to find where I am able to order a genuine replacement S-Pen for the Cloud Silver varient Note 9?

We would recommend reaching out to Samsungpart.com with model #EJ-PN960BJEGWW.

Re: Where to order replacement S-pen for Cloud Silver Note 9?

Can you please tell me the symptoms you are experiencing with your S-pen?

I lost my S-Pen and would like to replace with the Cloud...

I lost my S-Pen and would like to replace with the Cloud Silver varient if possible.

We would recommend reaching out to Samsungpart.com with model #EJ-PN960BJEGWW.

It's funny how Samsung advises us to contact J&J international aka Samsungparts.com. Samsung's supposed "partner". Yet you guys can locate the part and provide the part number and find this item and their Screen's within samsungparts.com. At least your CSR's could. But when a consumer call's such as myself I am told by multiple employees at Samsungparts.com that they don't sell S-pens they don't sell  Screen replacements. When the truth is in order to receive a replacement S-pen you have to contact Corporate who gives the okay to remove a cloud silver S-pen out of a brand new box containing a Galaxy note 9 and the original accessories.

After spending over 40 hrs on the phone with customer service reps who were sure they could find this cloud silver S-pen. I got the same result all of them failed to locate one. The bottom line is Samsung does not provide replacement S-pens. This is a marketing strategy also known as planned obsolescence. If you have doubts check it out. Right now Samsung is selling Aura Blue Galaxy Note 10's. With no replacement S-pens.

If you call sales and ask them if you can buy extra S-pens before you buy your Aura Blue Galaxy note 10 they will tell you they are not available. As they don't provide them. So let me ask this rhetorical question. How can Samsung find parts such as a screen or S-pen on samsungparts.com if they do not have them? How Can Samsung Replace phone screens that are damaged?

They get these parts from samsungparts.com or J&J international. But why would they refer us there if they knew they didn't sell these parts. Customer service representatives actually don't know this they just know they get their parts from J&J international aka samsungparts.com. Otherwise, they would never tell a customer to call a place they had never done business with. At least you would hope the company we spend $1,000 or more for a new Galaxy Note wouldn't refer us to someone they had no idea would have those parts or not. You would find it weird to think someone like me stayed on the phone after talking to Samsung who provided model & part numbers as this admin did above long enough to look them up myself and find there were no parts. Then have the rep find each specific number threw J&J international's website search utility. Then be advised to call them during business hours. Just to find the inevitable answer we don't sell S-pens or Screens at all.

I promote Samsung and their products on YouTube, Facebook, My website's and many other platforms. So I took the time others wouldn't in order to find out; why Samsung would provide such terrible customer service. When finally I had an idea that might make sense. I thought maybe Samsung only failed to provide replacement S-pens for specific phones. One's that would be the top-selling phones. This would make them a lot of money on repeat business. So I called and tried to purchase both S-pens. Sure enough, I was right they only failed to provide the S-pen replacements for the special edition colors if you will. I called on black Friday and there was only one color available for Samsung's Note 10 in stock. The aura blue, the same as last year on Black Friday with cloud silver note 9. Then I asked myself why would Samsung do this. Planned obsolescence isn't illegal but their reputation surely would be much more valuable than the small amount of money they may gain in return. That's when it dawned on me Samsung got bailed out back in 2013 after releasing the #1 best selling phone after the first 2 weeks of its release; the Samsung Galaxy S5. If they hadn't got bailed out they would have gone into bankruptcy. Yes, Bankruptcy as the following three months there sells were not so great no-repeat business after making a grip able back that wouldn't slide out of customers' hands & break. A phone with a cheap plastic bezel that insured the screen would never hit first when the phone fell on any flat surface. As that cheap bezel held up and stood a few centimeters above the screen. So the next year we see glass backs and similar AMOLED screens with a huge increase in price insuring you bought a new phone before paying to have it replaced. Planned obsolescence at its finest.

Samsungparts.com would be a good way to show on paper a larger investment in parts and a smaller return in profit. This ensures there is a lot of unaccounted for-profit investors who would never benefit from and lower's the profits creating a smaller profit and fewer taxes to pay. Also ensuring they sold a tone of phones at a really cheap price on black Friday; shows a loss of revenue which you would think nobody would plan on. But then take into account they determine the cost of parts and know a big percentage of customers will lose their S-pen and just buy a new phone as a customer who has a $1,000 laying around would rather buy a new phone then go on the easter egg hunt we where sent on. But Samsung wouldn't do this, would they? Look at the top of this post it says solved but nobody found an S-pen. If you head over to Amazon and look for phone screens for sell you will see Samsung LLC selling the majority of them.  Yet Samsung has no affiliation with Samsung LLC according to the many reps and corporate employees I have spoken to. I know if I owned a company I sure wouldn't be referring customers to buy parts from a separate company so they could profit off of my invention. It's obvious someone has put the desire for a dollar higher on their priority list then the integrity of their business. Which if you check into Samsungs stocks you will see how the price of parts has raised over time. When usually the more you buy the lower the cost becomes. The note 10 ways less than the note 9 there where fewer parts the battery life went up and somehow the cost of parts goes up too? I never call customer support I would rather fix my own phone then trust someone else.  But Samsung made that quite impossible. Even after being offered a free repair. I told them I would rather do it myself just send me the parts. Yet Corporates reply was to tell me they could not do this. they need me to send them the phone.

SamsungAdam, I did try finding the part on the Samsungpar...

SamsungAdam, I did try finding the part on the Samsungparts.com website with no luck? Is it possible I am searching a incorrect model #EJ-PN960BJEGWW? 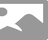 Re: SamsungAdam, I did try finding the part on the Samsungpar...

Re: SamsungAdam, I did try finding the part on the Samsungpar...

He just said he lost it, jeeeeeeez samsung help is like h...

He just said he lost it, jeeeeeeez samsung help is like high all the time. SMH