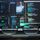 Recently I allowed for my Note 10+ to do some critical updates. Ever since the update I have noticed that an app that I have been using since I purchased the phone has stopped working properly. The app is a telephone recording app. That way I am capable of having a record  of calls I have made and/or received, just in case I need to refer back to them for business purposes. I am in a state that only requires for one party concent to do this. Is there a reason why this app has stopped recording AUDIO? I stress the word audio because when a call is made or comes into the phone the app still creates a file for each call and the takes up space for the duration of time on the call without recording the Audio of either party.

When I first began to use this same app I found that the same thing would happen when using the AKG headphones that came with the phone. Is there a reason why Audio would not record when using a headset?
At this point in time I am just glad that I havent need to refer back to any calls that were made since I made this last update to the phone. With that being said I even luckier that I do delete calls that arent necessary to reference in the future for any reason.
WHEN IS SAMSUNG GOING TO STOP BREAKING WORKING FEATURES ON THEIR DEVICES?

what's the name of the app?