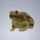 Good morning. Is there any way to alter Bluetooth pairing character entry?

I have a newly purchased device which requires a Bluetooth connection during setup, and during the pairing process it generates a random six digit code.

My (unlocked) Galaxy Note 10+ (running Android 10 beta release), as well as the (T-Mobile) Galaxy Note 10s for my wife and daughter, are limited to the entry of a four-digit pairing code.

At first I thought it might be the beta OS that I am testing, but later confirmed the issue to be present on other Note 10s in my home, both running production versions of Android 9.

The odd thing is that there was an option to enable alpha numeric character entry on my old Samsung Galaxy Tab 9, which when activated, allowed for the entry of the randomly generated six digit code.

Is there a setting that I am missing somewhere that can enable this on my Galaxy Note/s? I have a new $250 device that I cannot currently use with my state of the art phone because of this.