See I put something like this a week ago and people said I was being impatient. You're 100 percent correct!

this is so unprofessional ! just let us know there's won't be android x beta for note. so we won't have to check daily every hour.

If you researched a bit, or on here, and if on the internet a reputable source or developer post, you would see the beta started last month for the S10 series, not the Note. A bit over a weak ago devs posted the Note was launching early November, and of course, they upated it two days ago saying it will be rolling out to people in the next 3 business day. Information is all over the palce about the beta, you just actually have to look.

And addresing a few other comments, of course their betas take longer, its Android not IOS, so they have to put more time into reformatting all the different thing an Android user has access to unlike IOS. Not only that, its Samsungs take on Android, not even stock, so that takes more time for them to format it how they want it. Also, they have two differnt series in flagship phones, S series and the Note, they are similar but there is a lot of extra work that is put into the Note, hence why we get it later than S10 users. Samsung has gave information on the beta, dates included, even informing us about the delay.

All of these blogs say that the One UI 2 beta for the Unlocked Notes and ones on T-Mobile and Sprint are out but I havent seem anything. What's up Samsung the S series are on beta 2? 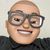 The update it's only coming to unlock notes 10.. And yeah it's not out yet