Phone shut off 10/24, will only display Samsung start up screen over and over

On 10/24 my note 10+ ( the same day my husband's note 10+ successfully updated) I was using my phone (battery was charged) and it just shut off. I tried charging it and when it finally did come back on it is stuck on the boot up screen showing Samsung. It does this about 10 seconds at a time, shuts off for a couple seconds then it appears again. I looked up online and saw other people had the same issue around the same time. Some people suggested to let it die, charge it up and try to do a factory reset. The next day I attempted to do this holding down the power button and the down volume key, boot loop happened again. Tried again a couple days later and it let me do the factory reset, said it was completed....then continued to do the boot loop again. I got my phone on the pre-order last year so I'm assuming it now past the 1 year warranty. Not sure what to do at this point, feeling very frustrated. My husband already had to have his replaced under warranty due to the battery temp issue keeping it from holding a charge. Anyone know if this is fixable? 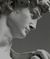 Note10
I think you should definitely use another device and call support! This is weird though, either call or maybe set up an appointment with UbreakIfix (they do repairs for samsung(
10 Likes
Share
Reply

Note10
Connect it to a pc and try using smart switch. It has a repair option. It may be that the update didn't complete successfully.
10 Likes
Share
Reply

Note10
Same problem. I have the boot loop issue.
Turn it on, just for it to turn off.
0 Likes
Share
Reply