Hey I just recently bought a unlocked note 10 plus from Samsung. Threw my sim card in from At&t. I lost all options for voice over lte and all the other benefits that came with their service. I've called and used the chat multiple times and they aren't willing to help at all! Has anyone had this same issue or any luck getting VoLTE on their phones? 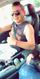 No VoLTE on AT&T México, I think just Telcel is currently...

No VoLTE on AT&T México, I think just Telcel is currently supporting that here, at least in Puebla city.

It's a well knows limitation with AT&T, has been like this for years. There 8s nothing that anyone from their customer service can do about it as it's disabled on the network level.

It is suppose to be on the work with AT&T by end of this year for unlocked devices but seems like AT&T breaks their target mark. We have to wait for it but you can call AT&T to know more details about unlocked VoLTE.

I had AT&T until 2 months ago when I switched to Google Fi. I'm paying much less and my unlocked Note 10+ has all of those features that were missing when I was with AT&T.

How is Google Fi? always had Att but getting tired of their poor sevice and bad experiences. been looking somewhere  else

AT&T is hit or miss with this feature I think right now. I have 4 lines with AT&T, all are unlocked S10e's. Two are Global Versions and two are US Unlocked direct from Samsung online. The 2 US versions had all the bells and whistles that AT&T offers, minus being able to use AT&T Visual Voicemail app, however, Samsung includes their Voicemail app on the Unlocked US version, so all is fine there.

The other two S10e's that are Global (dual-sim) versions, while can be used on the network, do not get VoLTE, even the phones themselves support it. They have all the necessary bands still for AT&T, so its not an issue with that. Biggest difference is they have the Exynos SoC, instead of Snapdragon from Qualcomm. So most likely AT&T did not feel like provisioning each part to their system.

I know it comes down to what is called provisioning, which used to be synomous with Carrier Locked, as it was the only way for AT&T or any of them to make sure everything worked with their networks. Things have moved forward a little bit to keep it all more streamlined, but it still a bit messy.

I just switched to the Note10 myself, Global Version, but this one has the Qualcomm SoC.

Trying to wrap this up here...I cannot on either of my S10e's nor my Note10 setup call forwarding because it is not provisioned on the network. On my Note 10 I couldn't even access voicemail! I did a chat session with AT&T for the VM to get functioning and then another one to work out the Call Forwarding. They are saying it is my SIM which is brand new and I have no issues with in the last phone or this (only a 6 months old at this point). The call forwarding is supposed to be handled by Android and sends the request to AT&T server to turn it on, but its not even recognizing my device, but the device still works to make calls, SMS, and data. So there are switches they are going to have to manually turn on/off for me, but I'm not 100% if this will be device version dependent.

It does take about 48 hours on the network before somethings register.

Mostly this was to give you hope and another avenue if you haven't tried already. T-Mobile is one of the best (now) at BYOD and getting all the features they offer, just too bad the coverage still bad (at least rurally).

I've spoken to AT&T several times about this and have pieced together that the feature we're missing, for unlocked phones, is enabling the HD Voice feature on the line. It's what allows services like calls over WiFi, Advanced\Enhanced SMS\MMS, AT&T Mobile Security and AT&T Call Protect. It does get immediately turned off once it recognizes that you're phone isn't once if theirs. Apparently the S10' have recently been added to the "approved list" of unlocked phones. Hoping they allow the Note 10 Plus soon!