We decide what we want, and for myself I decided to stop using phones 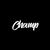 Note20
The S22 Ultra is just as much of a Note phone as the Note 20 Ultra was but more refined.
2 Likes
Share
Reply

I started shopping around Apple lately since Samsung has been slowly coping Apple. The removal of the SD card was the last straw. The one good thing I still appreciated about Samsung left after the removal of MSt , chargers a few other things, and now the SD. It's like a glorified iPhone without the power and the better optimization , better battery and great ecosystem

So you are going to retaliate against a company because they dropped the SD card by going to a company that never offered it up in the first place?

Sound logic there, I cant see a single flaw. 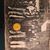 Note20
I love my note 9, period. It got a bit old outdated, so, I shopped for " a new " phone. I concluded that the refurbished note20 ultra 5G had checked more boxes and got it. Sadly, I still love the note 9. The button placement, lack of " opaque screen in YouTube " ( hit x to clear,bs), and that "rattle ". ...I'll say that if Samsung would make a " One Plus 7t McLaren 5g" with upgrade in chips, hardware, n security, add a stylish, that would grab my attention. Yet, it would fall short because of all the bloatware. I dream of a bloatware free Samsung flagship. That seems to be the only room left for improvement.
0 Likes
Share
Reply

What makes a Note phone a Note?  To me it was the large screens, and the stylus (S Pen).  Not sure why everyone is hating on the S22 Ultra, as this is very much a Note phone.

Stylus? Check!  The S Pen on the S22 Ultra even has a faster response time than that of the Note20 Ultra.

These are just my requirements for a device, not sure what else is missing from the S22 Ultra that makes it not a Note, other than it's name (Samsung should have just called the S22 Ultra the Note22, and released it exactly when and how they did, leave the August unboxed for the flip, fold, and nun-chuck devices)