Not getting some notifications after software update

I have a Samsung Note 20 ultra 5G which I’ve had since September when they came out with it. It has worked fine until the last few weeks. I believe that the last update on January the 22nd may have caused my problem.  Up until to last week I received all notifications almost as soon as they came in. Now if I turn my screen off and wait for 5 minutes some notifications I do not receive if my phone has the screen turned off and the notification occurs after the phone has gone to sleep, I will not receive the notification for minute and a half and up to 10 minutes after they occur.  I have 4 Schlage locks on my doors of my home.  If the screen is on, I would operate one of those locks either manually or with Alexa I would receive a notification of the change within 5 seconds of when it occurred.

I also have 14 Wyze cameras that has personal identification on them. Before my problem started, I would always get a notification within 20 seconds of when it occurred. Now if I have turned the screen off and the phone has been sitting for about 5 minutes and a notification occurs I will not receive it for somewhere between a minute and a half to 10 minutes after the notification occurs.

I spent 2 days talking to about 13 customer care people. Most of them connected to my phone and checked all of the settings and did not find a problem. I was able to demonstrate to them that if the screen is on the notifications would come in when they happen, however; if the phone had gone to sleep it would occur sometime later. The last person I talked to suggested I take it to UbreakIfix to have the phone reflashed. They tried a home reflash which did not work so they did a complete re flash which put my phone back to new condition. They were not able to re flash the phone to a period before the January 22nd update. They did tell me they did not think there was a hardware problem. After spending a half a day with them in about 6 hours getting all programs back on my phone and logged in I still have the same problem! As a side note I have Amazon Alexa on my phone and I’m using some routines. Using those routines my phone will speak the message that is in my routine on my phone for the Wyze products. So, I know my phone is saying the notification because alerts the routine to tell me that something has happened however the phone will not notify me until way sometimes later with its notification. The routines for the locks do not work so I do not know if someone has come or gone through the door until after it is too late. Started with the Samsung 7 Edge I have always updated to the new phones as soon as they were available and even have the Samsung watch. A big plus to a phone is being able to be notified when there is a security alert around your house. If Samsung cannot fix this problem, I have the last Samsung phone that I will ever have! 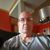 Note20
Wow, not good. I would contact your service provider, as updates are the responsibility of them. maybe they help, worth a try
0 Likes
Share
Reply

I am getting updates.  I even got a security update yesterday.  I think it was the update in January that caused my problem. 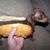 Note20
Same phone, same problem (but WORSE).
I never get my security cam notifications in lock screen. Never.
I pick up the phone, screen comes on, and I get them all then at the same time.
As you said, it's basically useless if I don't get alerts from my cams.
It's absolutely infuriating to have a phone this nice that won't do what it's supposed to.
0 Likes
Share
Reply

Thank you so much for your reply. I figured Samsung has a problem that they aren't aware of and I have tried everything I know to get to someone at their division but cannot. I will get a notification in the lock screen but sometimes it can take as long as 10 minutes. It is my hope my going on the community that someone from Samsung is watching this, and if enough people are having this problem maybe they will realize that they have a problem. I came up with some test by putting one of my cameras with the clock in front of it and pointed at a light that I could turn on using Alexa. That would indicate motion in should send a notification which it did but was late come in if it was asleep. I also used my Auto Alexa to be able to lock and unlock my doors by it to test if I was getting notifications. so, I was able to set up some test in demonstrate to the people at the repair shop that there is a problem but there is no way to get it back to Samsung. Thanks again.  I just hope we get enough people replying to indicate that it is a large enough problem to warrant some work on the software.