I have now had the Note 20 Ultra for 3-days and the more I use the new cameras, the more issues/concerns I have, when it compares to the Note 10+ I own. I am wondering if anyone else is see these issues?

1.  Using the default 108MP camera/resolution is terribly slow.  1-2 seconds delay from the time I press the shutter (or use the button on the S-Pen but those issues are another point) to the time it lets go and I can take another shot. Causes lots of blurry/not fully focused images.

2.  Since the 108MP is so slow, I am almost exclusively using the standard 12MP lens. The new Laser Focusing system is not the greatest and often causes blurry images. I have seen other discussion that say things like "go to Pro mode and manually focus it yourself". Isn't the auto-focusing process of things like DSLR and smartphone cameras support to avoid having to manually focus (FWIW, I did this a few times but since I wear contact lenses, what I though was focused came out a little blurry)? Rarely did I have any focusing issues with the Note 10+. I also tried the AF/AE Lock process and that did help with forcing perspective focus.

3.  The Standard 12MP is also a bit laggy.  I compared taking the same photo with the 20Ultra and 10+ and the 10+ is noticeably faster from the time I press the shutter button or use the S-Pen shutter and the photos are the same size.

4.  Speaking of S-Pen as a shutter button.....Today was the first time I took the 20Ultra out on a photo shoot with non-moving objects (Classic Car Show).  It was the most frustrating time I have had with the 20Ultra so far.  Almost *EVERY* time I use the S-Pen shutter button, it would NOT take the photo - instead it would change the Shooting Mode (to Pro or Video).  I have used the 10+ S-Pen as a shutter button for tens-of-thousands of photos and only rarely did it do something like change the zoom and that was likely due to my holding the button too long. I have compared the S-Pen settings between the two and they are the same.

I don't know about you, but I can't seem to get anything but the main camera to work in the pro modes. Samsung should do better than this
0 Likes
Share
Reply
Reply
Loading...
Highlighted

Not sure if PRO mode is a weird hybrid since in regular PHOTO set to 108MP you can only zoom to 6X but in PRO mode, you can zoom to 10X. In Regular PHOTO/12MP you can zoom 50X (which while not completely horrible, I was able to zoom into the moon so you could actually see IT IS the moon.  With the 10+, it was mostly a blur. It is a weird combination of issues/choices.  At this rate, I keep leaning towards returning it....still have till this Saturday per the paper that came with it that said I have 15-days to return it....

With the 15-day return clock ticking down, I am leaning towards returning it.  It just isn't worth the aggravation and how much I have been fighting it to get it to do what I want it to do - which is largely photography.  It isn't fantastically better than the Note 10+ and in many situations related to the cameras, it is worse.  Battery life isn't very good - and some days it has run out of battery faster than the Note 10+.

Yes same issue hopefully they can fix this 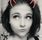 Well, my solution was to send it back since, unlike many folks, I didn't trade anything in and still have my Note 10+.  I have seen many reviews but they all seem to focus on either landscape, night, zoom/telephoto photography and most said the 20U is very good/great in those areas.  None have I read that talks about upclose/near-macro photography.  However, if you read the DxO Camera review very carefully, they make comments like "The main disappointment, however, is the Note20 Ultra 5G’s zoom capabilities at close and medium range, which undermine an otherwise excellent performance and prevent the device from ranking higher in the DXOMARK Camera database."

Re: Re: Note 20 Ultra Photograpy/Camera Issues

Out of curiosity, have you installed any of the latest firmware patches to see if it makes a difference?
0 Likes
Share
Reply
Reply
Loading...
Related content