Note 20 Ultra - my impressions and feedback to Samsung

So, I've had my Note 20 Ultra for almost a week now. I thought I'd share my experience and thoughts, having come from a long history of Note phones.

What initially attracted me to Samsung was the fact that they are so innovative. Yes a lot of their features can and have been considered gimmicks, but they have also been leading the development of useful Android features, which Google then integrate into stock Android a couple of years later.

Split screen and multi-window multi tasking being just one example, with honorable mentions going out to

And many, many countless more. All this functionality just makes stock Android seem basic and limited. Respect to Samsung for their work in this field.

Also, when it comes to hardware, Samsung have been leading the way with amazing cameras and displays. While the cameras and individual hardware specs may not have been the best at the time, they were and have always been pretty close to the best. This top-tier hardware coupled with their software just make their phones absolute powerhouses that are a pleasure to use.

Now, I feel that since the Note 9 - which imo has been Samsung's best ever phone, unfortunately things have been going slightly downhill.

The Note10+ is amazing, however I remember feeling that the battery life wasn't as good, and the speakers just weren't up to scratch. Pretty nit-picky point I know, however we expect phones to become better as time goes on. We don't expect anything to get worse.

This brings me on to the Note 20 Ultra. While it has an amazing 120Hz display, while it has 9ms stylus response time, while it has a 108MP camera - it seems as though Samsung have forgotten about the basics. The core principles of what users need - battery life and performance. This is what Apple seems to get right (seemingly at the cost of functionality and freedom??).

I know there have been many posts about amazing battery life. I'm not talking about running at 60Hz with low brightness and with Bluetooth and Mobile Data turned off. I'm talking about using the phone to its full potential. It's meant to be Samsung's flagship powerhouse.

Is it too much to ask for it to get me through an entire day of usage?

Is it too much to ask for it not to lag, not to hiccup, not to drop frames when gaming?

Specifically, my battery drain is ridiculous. I get to 50% battery by midday...with really not much usage at all. I have the phone playing music over bluetooth whilst in the gym, and do some light social media and messaging. My Note10+ would easily last the whole day, with about 20% left.

When I play Call Of Duty Mobile at max settings the game performs poorly. On my Note10+ it performed very well.

Also with regards to the camera - I'm not sure what Samsung have been doing since the S20 series, but both the S20 and Note 20 produce darker and less visually appealing images compared to the S10 and Note 10 series of phones.

And that massive 108MP sensor is rubbish at taking close up (food) photos. Only the very centre of the image is in focus with the rest having a hardware bokeh applied. There are many of us who find this extremely narrow plane of focus a regression in smartphone photography.

Please Samsung - focus on the basics. Stuffing the phone to the brim with additional features isn't worth much if the phone performs poorly at fundamental usage!

I can't see how Samsung put a smaller battery in the Note 20. It should have matched the S20 or had a larger battery.
0 Likes
Share
Reply
Reply
Loading...
Highlighted

Concur on all issues. First thing I noticed on my ultra is how fast the battery drains. I was looking forward to at least good pictures but about the same, if not worse than Note 9. Hoping Android 11 will fix camera problems as I am hearing it does with S20 series on UI 3.0.
0 Likes
Share
Reply
Reply
Loading...
Highlighted 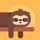 this isn't happening to me but sometimes it does but often happens when I screen record codm but when I screen record pubg it doesn't lag considering that pubg is a heavier game I don't understand that (my device is galaxy s10e btw)
0 Likes
Share
Reply
Reply
Loading...
Related content