I am an avid photographer. I used to use a Canon DSLR for most of my photography (of antique/classic car shows, macro/flowers). Since getting my Note 10+ last year, it has been my primary/go-to camera.  From general photograpy to macro/up-close, it has done a fantasic job.  Folks rave about the photos I take with it.  Yes, sometimes the focus hunted and sometimes it was aggravating by focusing on the wrong part of the image I was trying to take, and yes distance photograpy was lacking a bit.  I took a 2-week driving vacation and never used my DSLR and almost every shot (over 3,000) is a keeper.

With all of the talk about the new cameras in the Note 20 Ultra,  I ordered one. It arrived yesterday/Wednesday.

After getting it fully running/charged/patched, I went outside (bright and sunny) and took some up-close shots of flowers.  The results were garbage.  Totally unusable/out-of-focus/over-blown. Using the default 108MP is useless (takes at least a second to save/store the image from the time I pressed the shutter button).  Even dropping back to the 12MP lens (which is slightly less resoluton than the 10+), the results were unusable.

Later in the evening, I decided to try it again in a more controlled environment. I propped both phones the same way (to remove hand-shake) and took the same shot with both phones (see below - unfortunately, this site would not let me upload the 108MP version of this shot due to size).

So, unless someone can tell me that I am "simply doing it wrong" (can't imaging what that could be) or "change this setting" or "you got a bad one - here are some shots I took with mine", I am ready to send it back to Samsung and say forget-it - not worth it! 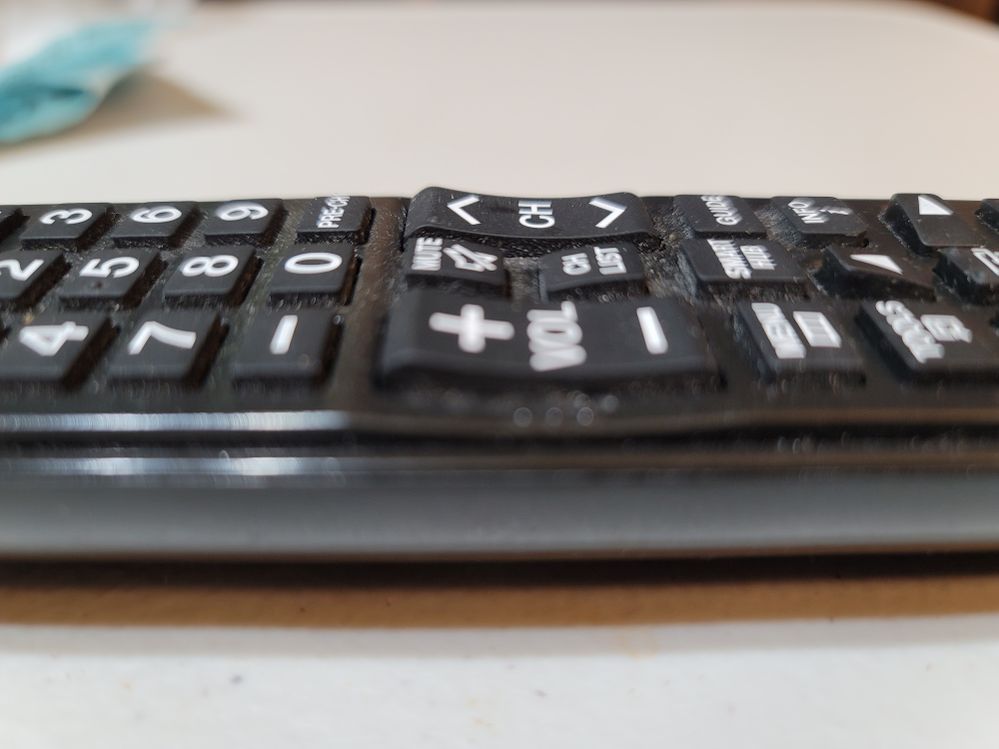 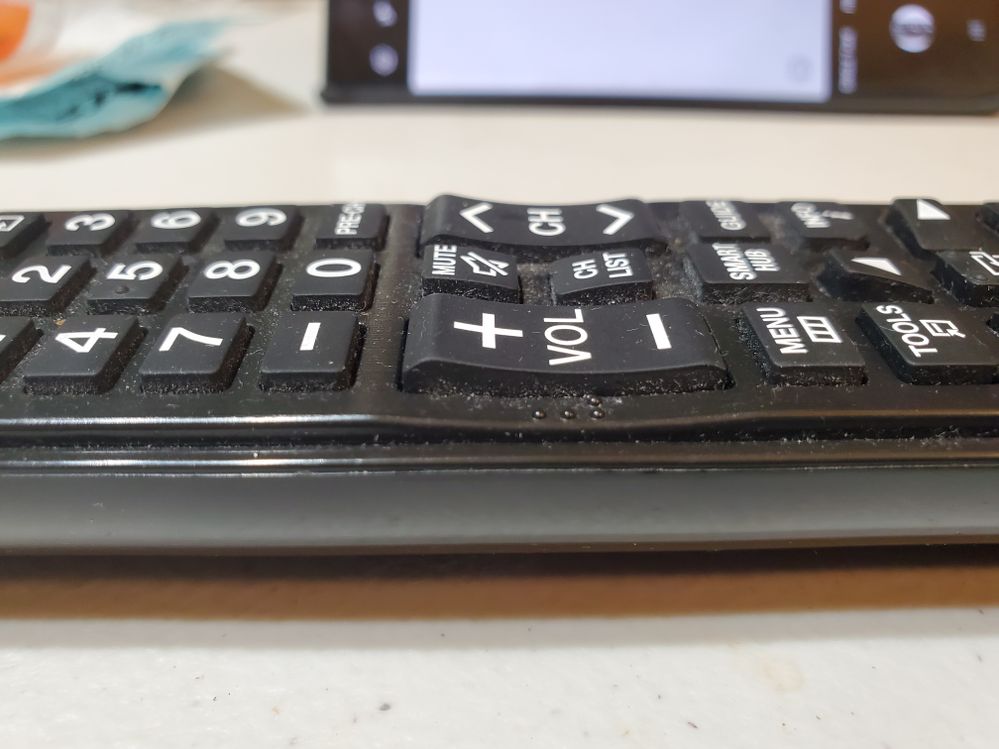 You're the avid photographer, so you probably know more, but would the larger sensor size of the N20 affect the results? Looks like its focus is a lot more...focused?

That much of a focus difference is the depth-of-field, i.e. an f/2.8 lens will show more of the object in focus than a f/1.8.  But spec-wise, the primary camera aperature in the N10+ and N20U should be the same. it's not just the examples I posted. The ones I took outdoors were completely out-of-focus. Here are some more examples I just took a few minutes ago... 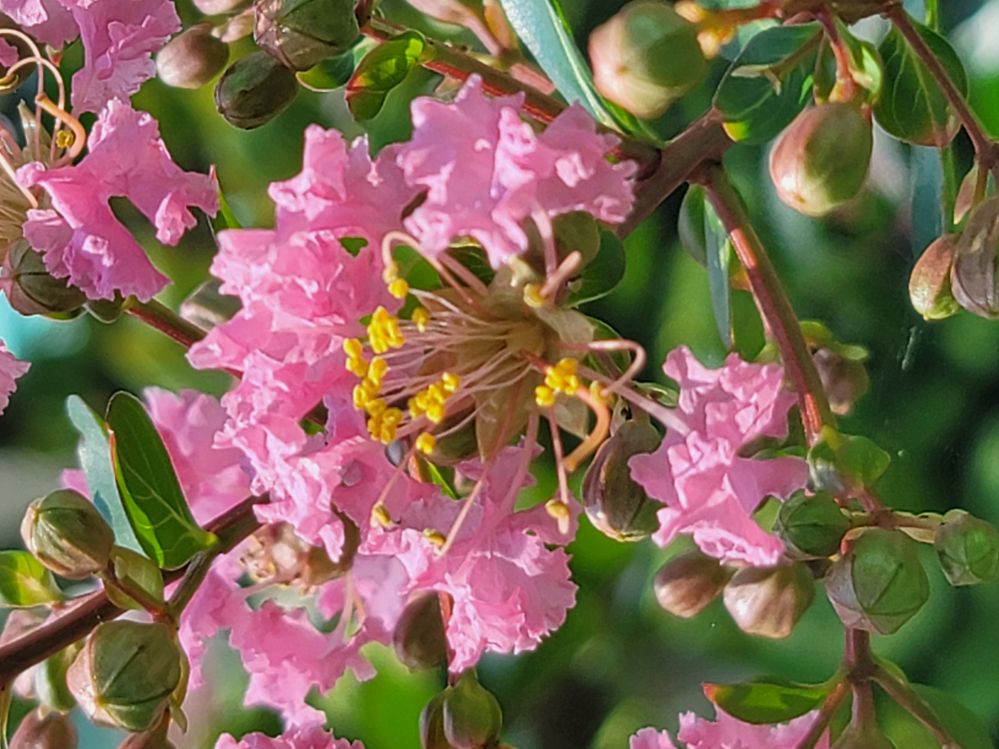 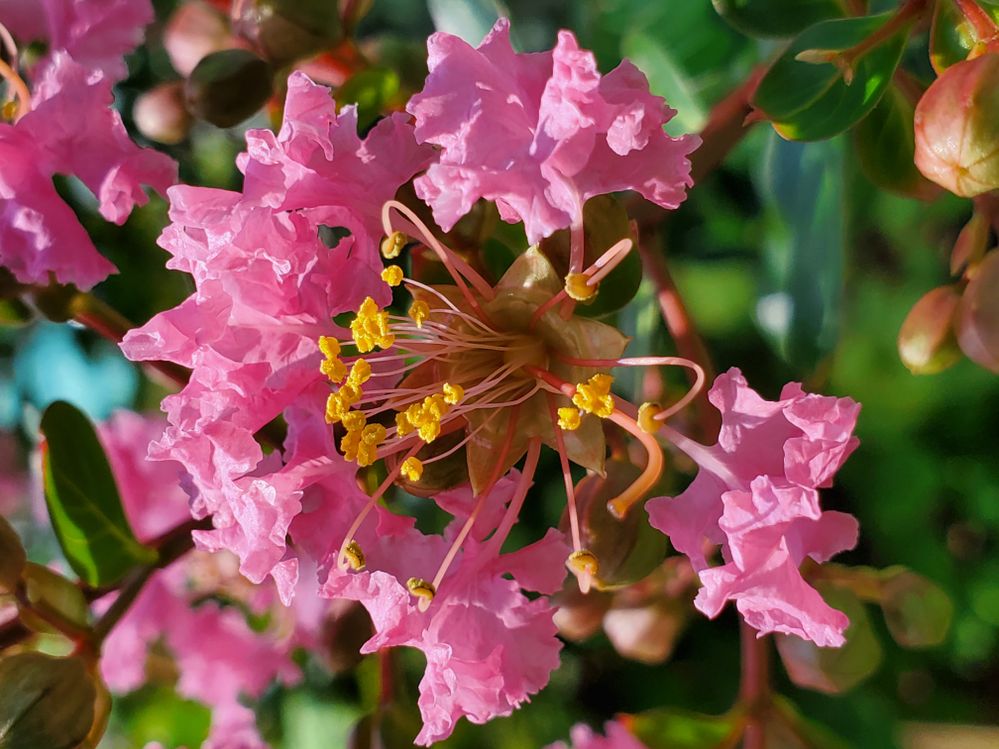 Since the 108MP version can not be uploaded here (10MB), here is a link in Google Photos: https://photos.app.goo.gl/NpM4wTAfw32EaULG7

As you can see, it is even worse.  Also, FWIW, I am using the s-pen to take the shots/reduce screen movement...

I am not a photographer, at least I would not consider myself to be one. I found in response to the comments on macro photography that switching to  (pro) photography option works well for macro photos.  You can use the auto focus option or manually do the focusing. You still only get 10X zoom on photo, and yes you can get 12X in video mode.  Not sure what that is all about.

Also taking photos using the up and down volume button might work well, but setting up the option to have a floating shutter button (under camers settings Shooting methods) on the screen comes in super handy.  You have the option to move the button to whereever your finger on the screen will be close to once you are in that ackward position. 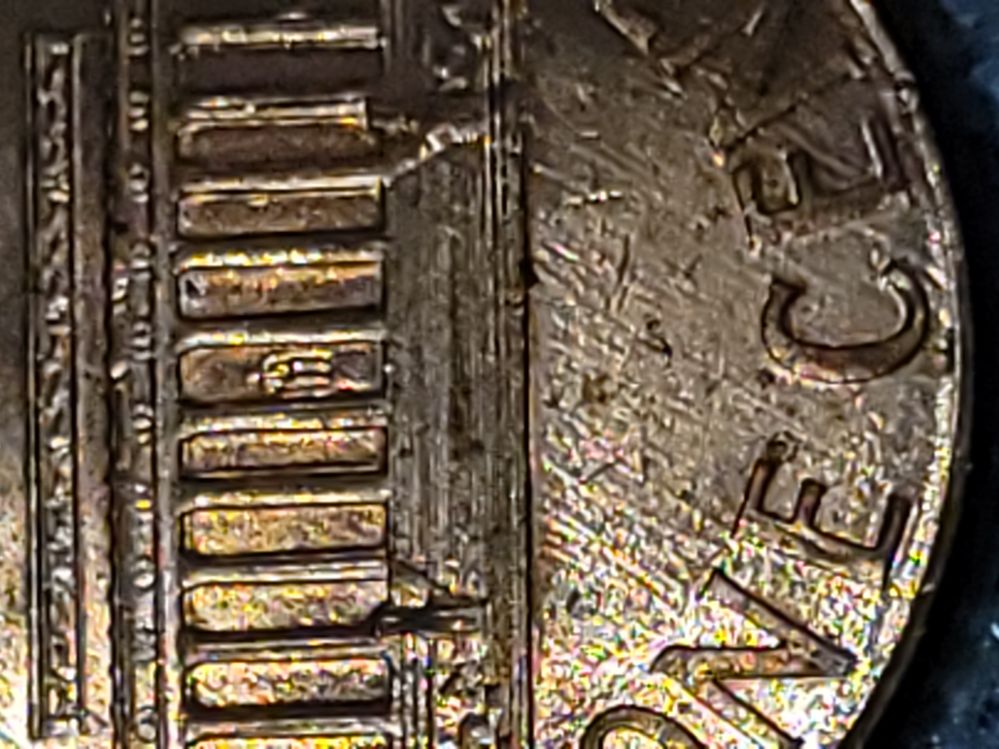 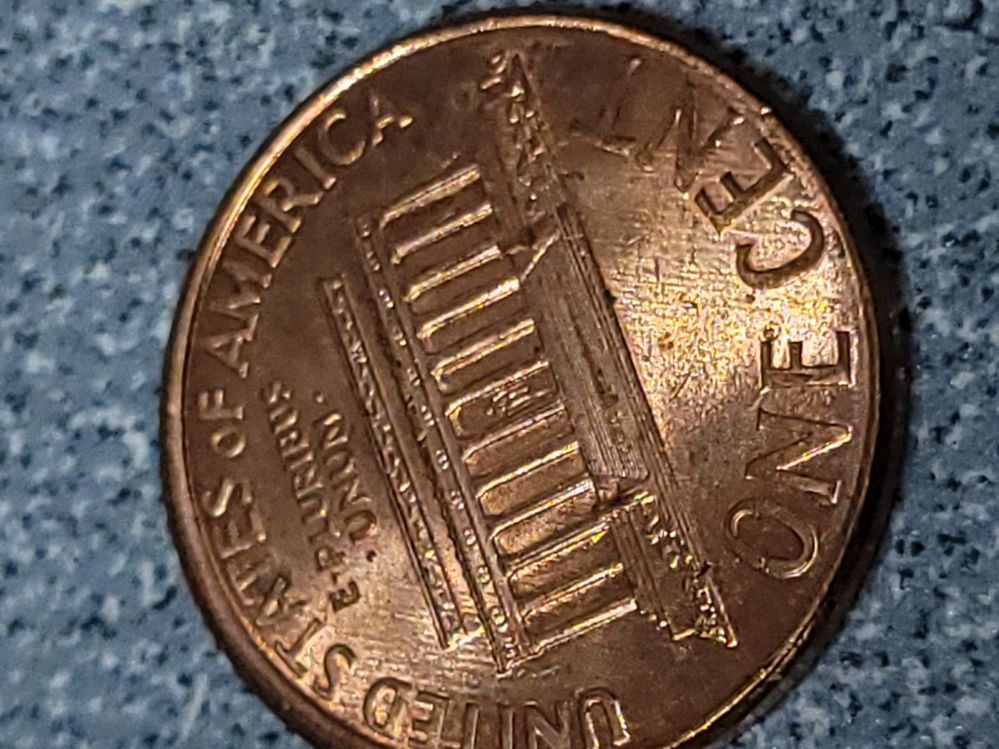 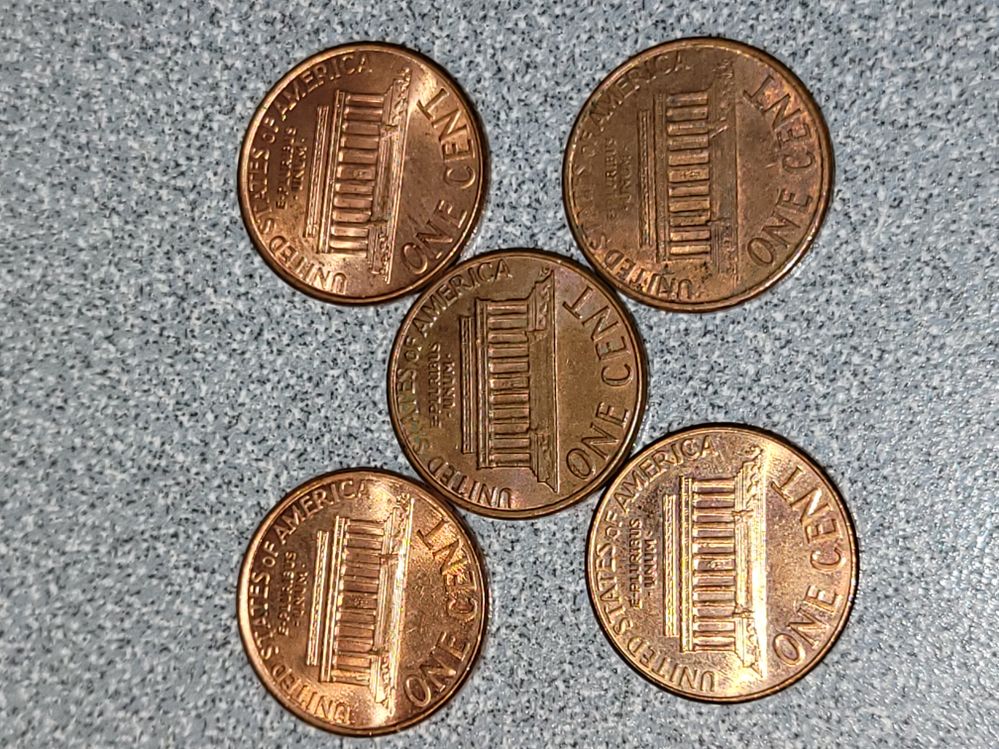 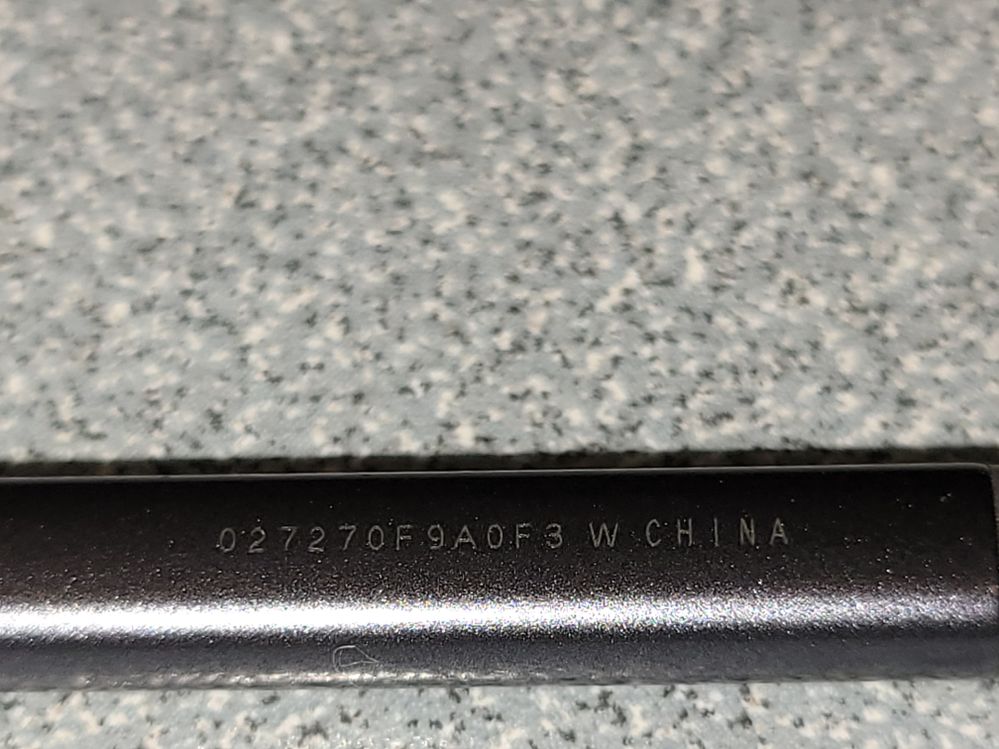 Yes it would and he would need to stand back a bit further to get a focused shot of the whole item.

Nice sample photos - your flower shot (taken by the Note 10+) is gorgeous. However, yes, I am experiencing the same focus issues as you. Not so much the erratic focus or overexposure, but the fact that the Note 20 has a larger sensor and NO dual aperture like the Note 10 series, all my close-up shots exhibit "focus fringing" where there seems to be more of a pinpoint focus with much of the outer areas out of focus. It's partially explained in NothingButTech's YouTube video at 4:27.

My sample shots are of my dashboard - the first (brighter picture) is with the settings on Auto. As you can see, the center is in focus; however, the outer areas are not - specifically see the "4" in the tachometer and any number from 80 mph on in the speedometer. The second picture was taken in Pro mode, and I ratcheted up the shutter speed, and it helped ever so slightly. Why Samsung got rid of the dual (or variable) aperture on the Note flagship is a mystery - probably the same reason they went from a 5000 mAh battery on the S20U to a 4500 mAh battery on the Note 20U (true head-scratcher there). I'm no pro photog, but it's disappointing to see that we can't take close-ups (let alone macro shots) with a $1300 phone camera without a nice, sharp, focused image throughout the shot, if that's what we desire for the picture. Looks like I'll be using my wife's aging S10 to take those shots!

Can this be fixed with a software update? Maybe and hopefully! Perhaps one of the nice friendly Samsung Care Ambassadors will read this thread and comment further. 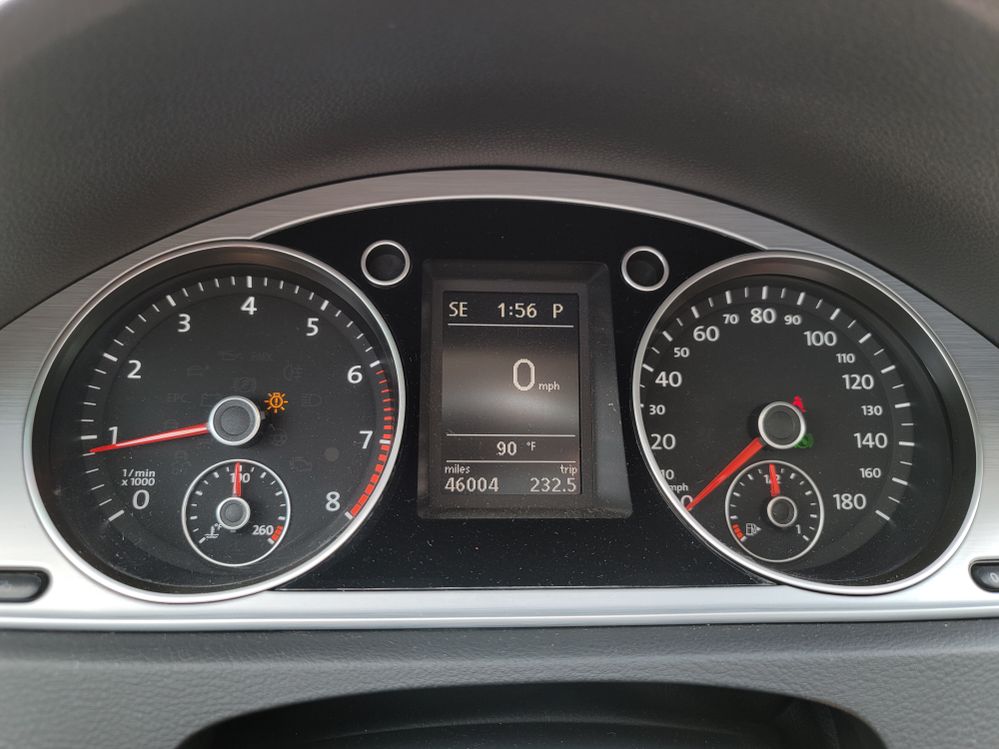 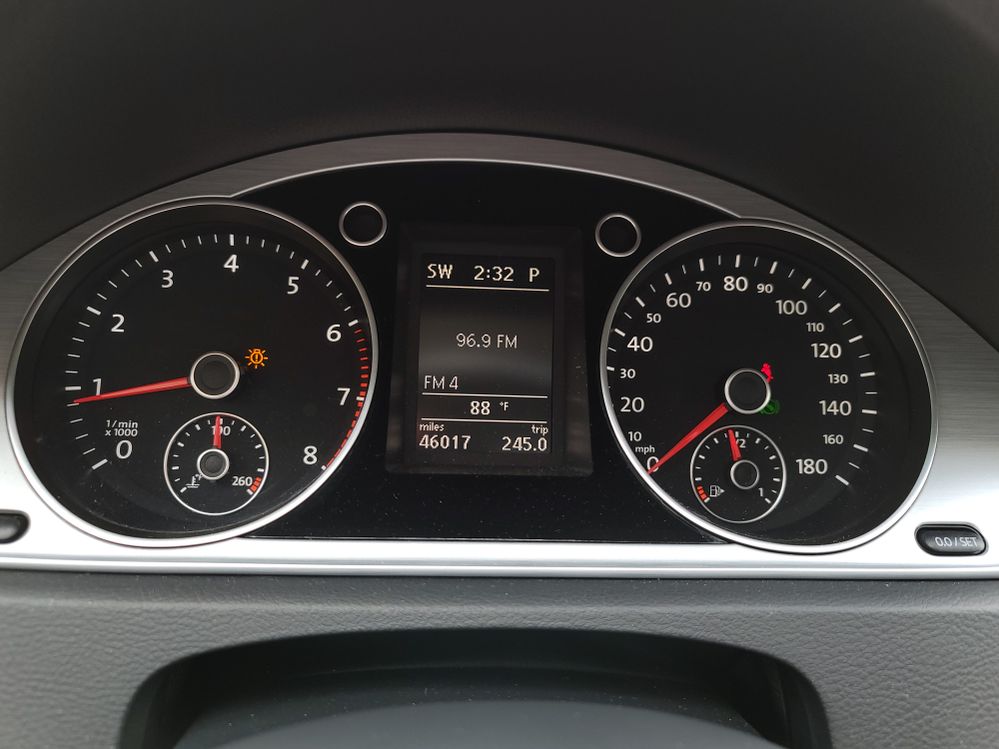 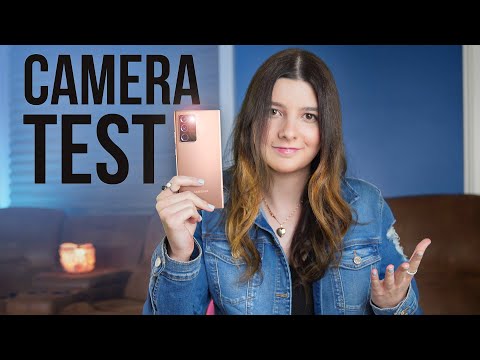 Note 20 Ultra Camera Test + Hands On!
youtu.be/HOSO3SpK0kI?t=267
Did Samsung fix the camera this year? thats the ultimate question. And this video contains my first answer and a bunch of tests for you to look at. Its also ...
1 Like
Share
Reply

Since my post I have been playing with it and doing some research.  One place discussing similar issues with the S20 talked about "go into pro mode and manually focus"?  Another way I found was to force AF/AE Lock in the regular photo mode and then force it to focus where you want.  However, to do that you have to be in 12MP mode, not the 108MP mode which then makes the 108MP somewhat useless since I now pretty much leave it in the 12MP mode.

While I was able to get some decent shots using these methods (see attached samples), it defeats the whole purpose of being automatic focus. But after spending a day using the 20ULT for what I use the 10+, it was an exhausting, frustrating shoot.  See my post here: Note 20 Ultra Photograpy/Camera Issues

At this point, I am at the verge of sending it back. 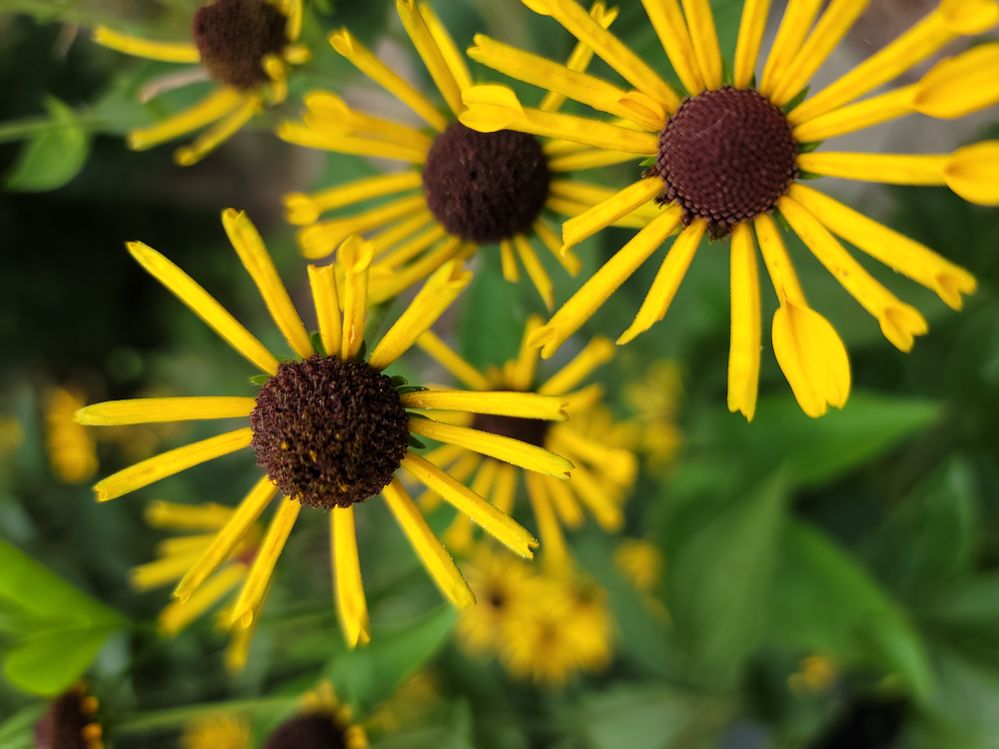 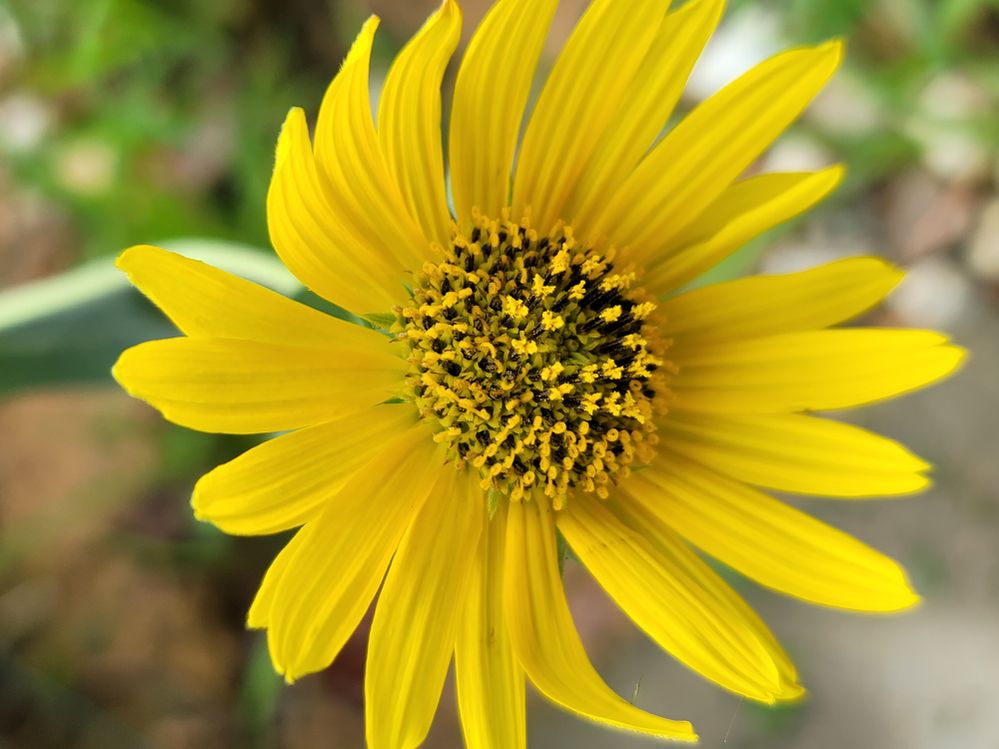 Again - beautiful pictures with artsy bokeh. But I can't help but wonder if, in the second picture, i wanted the entire flower, including the distant petals, to be more in focus, that would allow the flower to pop even more!

Alas, you have come up with some workarounds that might help, might not, because if you select focus on those distant petals, perhaps the pistel of the flower would then be out of focus...? That would be an "Arg" moment for sure.  I tried out your focus selection workaround on my dashboard, and it does work for the most part, but again, it's a hope and a wish that Samsung can somehow push and update with a software-based algorithm that mimicks a variable aperture for shots that you want a wider field of focus.

I've heard debates back and forth that the pixel binning for the 12MP setting is actually sharper than the full out 108MP shots, and since I'm not blowing any of my images up to poster size, I'm sticking with the 12MP normal mode.

Good luck with your decision to return the 20U. I'm at the point of no return (literally), as I've already sent my Note 8 in as part of the Trade In program. The best I could hope for is that my unit is faulty and I would exchange it for a better unit. However, I think the "focus fringing" that I'm complaining about is a "feature" of these larger sensors.

Thanks.  I did not force the bokeh - it did that itself since it choose an f/1.8 aperature.  The way to choose your focus points is the press-and-hold on the image itself and 2-circles will show up - which you can drag/separate (I did this in the first photo with 2-yellow flowers by dragging the AF circle to the left side/darker center) to where ever you want to choose the focus (AF) and/or exposure (AE) locations for it to use.  Otherwise, in PRO mode, you can simply choose Manual Focus and drag that slider to the focus/sharpness you want.