A few days ago I upgraded both of my Note 20 ultras with the new 5g patch for Verizon. Prior to this the phones were great. However 1 phone has a very annoying problem now and both are getting about half the speed of 4gLTE now.

Well 1 of the phones now will randomly go back to the lock screen.  This has happened to me at random times. I can be typing a text message, watching a video,  scrolling through the internet and social media platforms,  or any other activity,  and I'll be kicked back to lock screen. One of the times even did a forced instant power off and restart.  Also when this happens my messenger chat heads all close.

This particular phone while installing and setting up the phone for the patch, took an incredibly much longer time to do the patch,  sound 15 minutes.  While the other note 20 ultra took about 3 minutes to do the patch.

The other issue I'm having, most likely a verizon issue but wanted to make sure, is that the 5g speeds. I am getting almost constant half the speed down and up of the 4g speeds.

Are these known issues on the Note 20 ultra? Or is the random going to lock screen a hardware or software, issue with the 1 phone? I've actually been debating on doing a factory reset because when I moved to the Note 20 ultra from the Note 8 it caused some settings issues with moving all of my songs and apps over.  I think that is also why the patch is taking so long to install and setup.

So I've never had to do this before, but is there a way to revert back the previous phone software patch? My wife's Note 20 ultra seems fine with the patch, just wrote a bit slower when not on wifi, so going back on software would be good.

Thank you for the help,  in advance,

Try the factory reset first and see what happens. Sometimes when firmware if patched there can be conflicts which lead to u desirable operation. Factory resetting usually resolves those.
1 Like
Share
Reply
Reply
Loading...
Highlighted

Thank you to both of you!

I'll try the factory reset tonight once I get home.

Verizon does not have 5G in will not have 5G until the end of the year
0 Likes
Share
Reply
Reply
Loading...
Highlighted

@RootRoot Verizon wireless has had nation wide 5g for over a week now.  I've been using 5g since Tuesday.

As you can see in the upper right corner,  as I was writing this post. 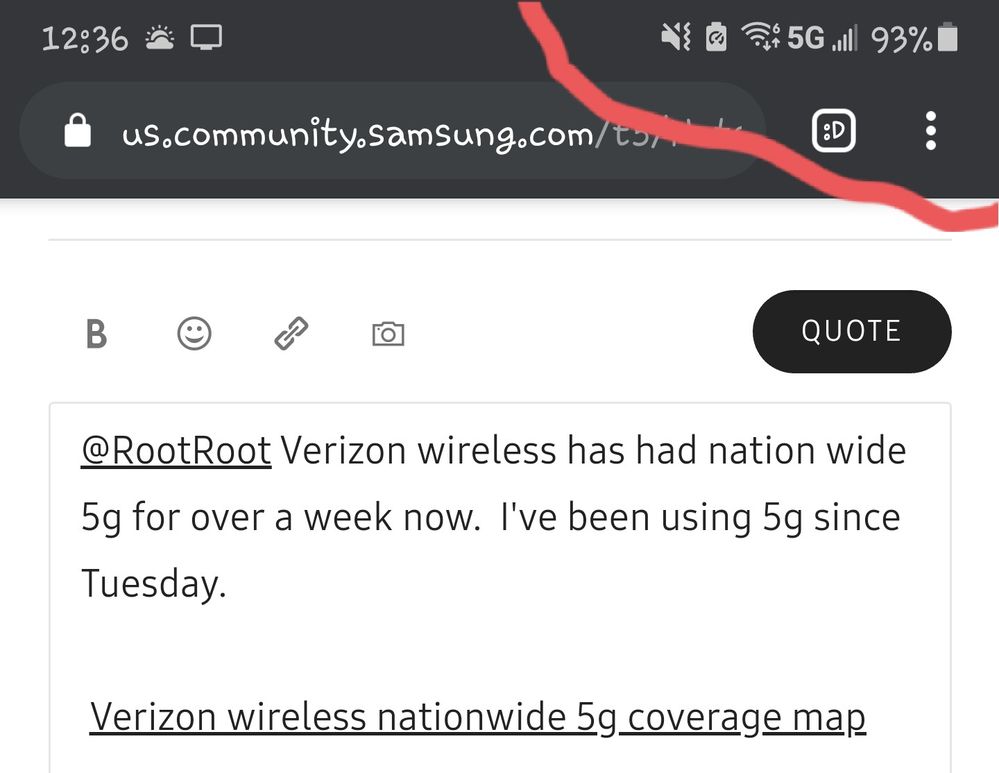 And T-Mobile but T-Mobile's is not that reliable in their 4 g's faster than their 5G
0 Likes
Share
Reply
Reply
Loading...
Highlighted

they don't in update no one on version has 5g here out of 5 note 20 ultras no one has it
0 Likes
Share
Reply
Reply
Loading...
Highlighted