Note20
There are strong rumors that the Note series is going away next year.  Note series is their flagship phone. Why?  For me, No Note, No need for Samsung phone.  I will go back to Apple or One Plus.  Those Note users need to speak out against this move. Heard they already re-allocated Note designers to another section of Samsung.
1 Like
Share
Reply
6 Replies

What is the draw for you to the Note series that the S series (with an S Pen) does not have?  If this 5 year old rumer, that has been getting traction this year, is true, it ALSO states that the S Pen would be included in the s series, so... What is the isue?

Here is how I see it, IF the rumors are true... March or April, the S 21 (with S Pen) series launches, August or September the new foldable phone releases.

Note20
The Note series comes out with more options along with the bevel/design. It's more of a professional device than just a phone. The flagship. Just because it gets the S Pen does not make it a Note.
0 Likes
Share
Reply

Not much of a difference spec wise, I guess you really hate rounded corners, such as the Notes in the past have had?  Bezels are practicly the same between the two, so... 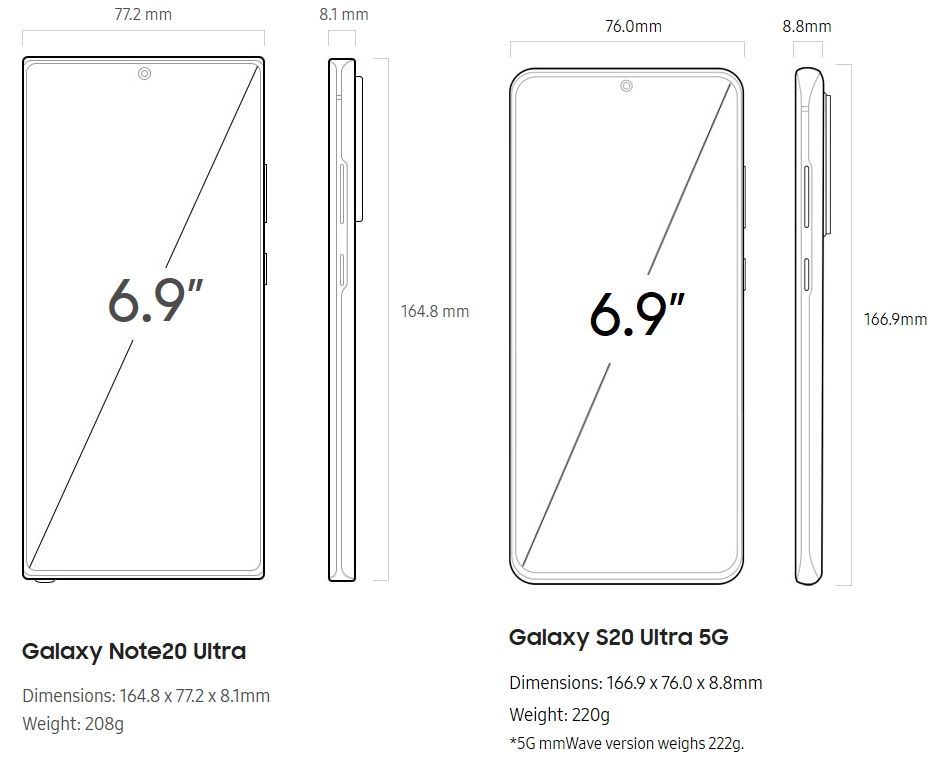 Note20
As passionate as Note users are, there is probably not enough demand to continue a phone with a stylus. The stylus itself is a rather dated concept going back to the Palm Pilots of the late 90s.

Folding phones will be the future and better to invest in the future than the past.