i received mine used. clearly they don't have enough product to go around. so I didn't even get to check it out. was EXTREMELY disappointed that for $1,500 u don't even get headphones
0 Likes
Share
Reply
Reply
Loading...
Highlighted 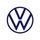 Why is the S Pen on the wrong side? I'm using it less than before due to this.

Not that Samsung cares but I'd buy the Note 20 Ultra 512 at full price in a heartbeat if they didn't purposely disable the dual sim in the North American version. Unfortunately I guess I'll have to get a Oneplus phone. Shame on you Samsung.
0 Likes
Share
Reply
Reply
Loading...
Highlighted

I spoke to tech before I pre-ordered and was explicitly told its there and working. <edit>. they say its cause carrier don't want it on.<edit> apple 12 uses same x55 modem and its esim is on out of box. so its Samsung not carrier and also the promised update that supposedly will turn it on, just ask s20 owners. been over year and no such update. I wish I could get refund

There is a major problem with Note 20 ultra that needs to be addressed urgently with a new software or something.  The internet loading speeds is painfully slow, worst than a cheap phone from 10 years ago.  I have two of them and they are both slow as molasses.  My 9 plus was 100 times faster.  I hear all if my friends who have the Note 20 ultra are having the same problem! I am extremely disappointed!!!

whats bad is my lte will do 125mbps and my 5g won't pass 10mbps. thanks t-mobile. and also when we buy phone from another country and import just unlock all bands so they work everywhere. why is that so hard
0 Likes
Share
Reply
Reply
Loading...
Highlighted

My only issue I can't seem to get an answer on, is why I am having major issues sending/recieving MMS picture messages on my Note 20 Ultra 5G? Traded in my Galaxy S7 which had zero issues. HELP!!!
0 Likes
Share
Reply
Reply
Loading...
Highlighted

The 1st and the main impression is that battery drains too fast even though when all battery optimization steps are already taken.

Will wait for new updates to solve this main problem.