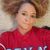 Note20
Slow connection but other people in the house on same plan and note 8 9 and 10 and they all fine.. what up with a 3 week old phone?  Also my location keeps turning off and on all by its self?
1 Like
Share
Reply
5 Replies

Note20
According to a 2nd tier Verizon Wireless Tech Support Representative if you have a 5G phone regardless if it is a Samsung 5G and even Apple iPhone 5G there have been issues with 5G networks. I have a Samsung Galaxy Note 20 Ultra 5G Unlocked smartphone which has been having data as well as voice issues since the April 12th 2021 update. If you Google issues with current 5G phones then you will see others experiencing various data and voice issues.
0 Likes
Share
Reply

Note20
Problem is i do not live in a 5g service area so I don't think it would be the 5g service.. and it's att
0 Likes
Share
Reply

Note20
From chatting with other individuals with the 5G phones, it looks like all the networks are experiencing 5G issues. AT&T has horrible cover anyway. One individual referred me to the Google Play Store and downloaded an app titled Samsung Band Selection. This app gives you the option to select the Band width for you smartphone network. I selected All LTE since I am on Verizon Wireless network and my phone is working like it did before the April 12th 2021 update. My smartphone is no longer trying to connect to the 5G network which was the reason I had data and voice connectivity issues. I recommend trying the app.. Please no I am not a scammer nor no affiliation to whoever created the app I mentioned. I am just happy that someone recommended it to me due to months of issues.. AT&T, Verizon and T-Mobile didn't do when they advertised the 5G network was really test how it would affect the data and voice connectivity on the 5G phones.
0 Likes
Share
Reply

Note20
As I stated I am not in a 5g service closest 5g to me is like 57 miles away lol that's the city I live in the country. But everyone I my home and around me has att that about all we get out here and service is good and still good for everyone... but me and my fancy phone :mobile_phone:🤪 but I will look into that app. But also any explanation as to why my location turns its self off and on all by its self?
0 Likes
Share
Reply

It may be that you have apps running in the background (continually syncing, for example FB or messenger apps continually taking up band width to keep updated on news feeds), if you think that your settings are not much different than everyone else's then you could have a defective hardware that needs to be checked. UBreakIFix is he official repair center, so I suggest planning accordingly if you ever are near one.

One other thing you could do is to submit an error report on Samsung Members app after speed testing using Ookla's app. The samsung techs could confirm if it's the device's issue or a network issue (hopefully).

Additionally, as noted by others... the phone may be constantly trying to search for 5G when it's not available, which would take up a lot of power and result in slower performance 😕