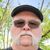 Note20
Since Samsung makes so many devices, they tend to roll out updates in cycles depending on carrier, phone, and region. While one are of the world my get the update at the start of the month, the other region may not get it until the end of the month. Samsungs flagship phones such as the Galaxy S series get updates the quickest and are in the high priority bracket while budget phones such as the Galaxy A and M series generally get updates later. That being said, you should receive your updates within this month. If not, your carrier may be the one slacking. To me the best way to get around this whole thing is just to buy the devices directly from Samsung unlocked as this bypasses the carriers and makes it so you receive updates in a timely manner.
0 Likes
Share
Reply

Note20
Same I have an s21 unlocked and I'm not on the may security patch yet but like I said, they have a lot of phones to go through so we just need to give them a little more time. They have gotten a lot better from when I first started using samsung. Updates used to take nearly 1/2 a year to arrive on the latest device and now they come I a month or so. They are always improving how fast they can update things but they still have a ways to go.
2 Likes
Share
Reply

Note20
Really not an excuse, unless there's a known software/hardware issue combo that hasn't arisen they know about and are trying a fix to include with the S21* May security patch . Mine is a Samsung site bought S21 Ultra & not yet a security patch for May. Interestingly, the S10 I traded in for the ultra got its updates within the first two weeks and most times in the 1st week. I even got a few on day one or two.
1 Like
Share
Reply

Note20
I haven't gotten the may update yet either on my s21. I do think they should go in order from the very newest devices to older ones but again, we don't know the reasons for their decisions when it comes to which devices get the updates first.
0 Likes
Share
Reply

Note20
I have a Galaxy note20 ultra
0 Likes
Share
Reply