Annoying ads on my Note 8 Lockscreen

When my Note 8 is fully charged, an ad show up on the lockscreen.  Not happy.  There is another post on this but it didn't work (Adhell has been removed from Google Play).

Wow, I bought a Samsung Note 8 at Costco and probably a week later I started getting ads whenever I did anything on the phone.  When I turned it back on or just pushed the screen to go to the next page.  Even when I got phone calls I could not answer or even end the call because the add would take over when ever I pressed any keys.  Well, by some miracles, I read below that it may have been 1 apps causing this issue that may have come in with malicious viruses.  Well, I was a bit sad because I have about 50 apps and could not think of which app would have brought this malware on my phone.  Well, again, by some miracle, my finger touched a clock app that I had installed and I uninstalled it and problem was solved.  I was about to back up the phone and reformat the phone and reinstall each app separately, but THANK GOD by a miracle I found that apps without knowing it was that apps.  It's a clock app with a blue 11:30 number on it.  And I have a antivirus on the phone that would bring this sentence each time I press any buttons on the phone.  It would say malicous software was stopped proceed or close.  I would close but the antivirus could not remove the malware only alert me that the malware was there and it would tell me that it stopped the following but there was no way for me to know which app deposited this malware on my phone.  Here is the sentence the antivirus said was a malware:  strategy.lmobi.net/config -

So I do agree with the person who said, if you happened to have this problem with the Samsung Note 8 and the home button or any other button has been hijacked by a malware, then uninstalled the non Saumsung app that came with the phone and that might solve your issue.  Remember to add an antivirus on the phone.  By the way, which is the best antivirus software for the Samsung Android phones?  Thanks.  FD.

My Samsung Note 8 was full of ads It  was the flashlight apps on my phone. They seemed to have multipled. As soon as I uninstalled them no more Ad. Thanks!

@userGAy1Xx0dxx; Thank you for letting us know!

SOLVED: go to settings/ google/ ads/ change advertising ID.  Do this again if they reappear.

Good for at least a week or two

@userbgoQBsH6E7: Thank you for sharing.

smart scan was the culprit in my case

Thanks, it worked. As soon as I turned off the smart charging option my lock screen went back to what it was before and the ads are gone

I cant find smart charging, please help if you can. 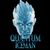 Note8
what are you trying to do with your charging?
0 Likes
Share
Reply