To whom it may concern.

I have been a loyal Samsung user since the note two. I have had every note version including the 7 which I had to send back and use an s7 instead. I have bought three different gear watches all when they were released. I regret to inform you I will not be buying anymore of your products as I am unable to purchase a new phone ever year I will be moving back to iphone. One major reason is the software updates. Samsung very very slowly only rolls out two major updates per flagship device. This is unacceptable. Apple releases updates over a five year period instead of basically one and I dont have to wait 6 months to a year to even get the update. Dont get me wrong, Samsung flagship phones are still better than the top tier apple ones but it's very clear to me I would rather have the newest software running on my phone if I'm keeping it for 5 years instead of one or two these days. 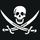 As Samsung fan boy myself and going on almost 13 years I too am looking at other brands when in comes to upgrading this fall. Its the lack of support and the very lack luster software updates.