Screen Sensitivity settings on the Note 8 for gloves?

How can I activate/change the screen sensitivity setting on the note 8.  My note 4 had a setting for it in the pull down menu but my Note 8 doesn't and won't respond when wearing my motorcycle gloves or any gloves.

you guys have it wrong, go the other way, to the 5 setting 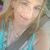 Note8
I just tried the suggestion of setting display and turning off the hard press option.. I see some what of a difference, nothing to call home over.. I have had this Note 8 for 11 or so days and have been totally unhappy since day one but my carrier attempted to send me to a Core store to swap out due to if I connected to any wifi I would have to turn off my phone when done and then my whole phone setting woud change. Anyhow store refuses to swap phones and put a new Sim card in this one. I have had the glass screen protector, did not at all like it. I had the tech 21 rubber one, tore all apart when trying to put on., now I have a glass one I bought on Amazon and I have hated all 3 expecially this glass one. I have to push so hard just to get the phone to respond. Drives me crazy, using the pen is not even an option.. Abut ready to take it off and hope for the best.. BTW the Note7 was definitely more impressive than this Note8. Samsung you all need to get with it. This is rediculous, get the bandaids and cover up your note7 accident x2 and stop mamby pambing over spilled milk. Your lucky some of us even have any Samsung products.. Take care of your loyal people...
0 Likes
Share
Reply

There are many wet applied protectors out there like armor shield/armor suit and such, that work very well and easy to install. Check them out.

Hi guys I just got the Note 8 like 2 days ago. I applied a screen protector and was having trouble typing on the keyboard - specifically the keys around 'A' and 'S' with occasionally some other random key. So naturally I ended up on this forum through a google search. With no answers here I decided to go the simplest route which was just to push my screen protector down harder. While trying to squeeze it really hard, I accidentally applied enough pressure to make it start to slide sideways out of place. So then I tried to slide it back and make sure everything was lined up how it was supposed to be. It looks good now, and when I went to try out my keyboard, I found that it now works flawlessly.
I tell you the whole story because I don't know if the solution was pushing down the screen more, or adjusting how the screen was lined up, or both. Based on another user saying their "O, L, M" keys don't work, which are on the opposite side of the keyboard from my "A, S" keys, I assume the screen was not correctly lined up and the edge functionality was causing issues with the screen protector.
So... yeah try doing what I did? The way I applied pressure was that I held the phone horizontally and used both my thumbs to push down hard in the area where the 'A' and 'S' keys would normally be located. This was at the top-edge of my screen the way I was holding the phone, so the pressure started to slide the screen protector upwards. I placed the phone down and tried to do the same thing to push the screen protector back into place, then to make sure everything was lined up I oriented the phone to be verticle and I placed one thumb on each side of my phone, and applied pressure against the screen protector as I glided my thumbs from the buttom of the phone to the top, trying to push the protector so that it hade equal spacing from both sides of the phone.
Then viola my phone worked. Yay.

PS: can confirm the "hard-press sensitivity" does nothing for keyboard sensitivity.

Ok. By pressing harder on the so called glass protectors, you risk cracking the protector. Second, in your case you only realigned the protector better and took up the space or "gap" between screen and protector. The fact that it was able shift at all tells me your issues will resume later and your protector has a very good chance of coming off when dropped. It seems you have the type with adesive around just top and bottoms and edges, so expext alot of hair, lint, dust, and other things to get stuck on the edges as well as getting between the protector and screen..Hope no sand particles, anyway, letting you know this in advace for when you come back with these issues. My advice and opinion is the wet applied protectors are better suited for this device at this time. Good luck!

Did someone here in the community receive any feedback from Samsung regarding the sensitivity of the Note 8? I was excited to buy the new note 8 but I'm having a lot of troubles with that too. I'd rather use my note 4. I need to type fast and it's impossible with the note 8.

Note8
This is so annoying. I got a screen protector and have to press 5 times to see anything happening! Went to adjust the sensitivity and there were no option for that! Even old Samsung galaxy s3 had it! That's so stupid. I'm so pissed! This phones is so expensive!
0 Likes
Share
Reply

Note8
No way ,but, use your s pen :thumbs_up:
0 Likes
Share
Reply

Note8
I set the home screen sensitivity to 1, and the issue solved, I can type and click normally now
0 Likes
Share
Reply