Other Mobile Devices
I've used this A71 5g on both Att and T-Mobile before so I know it supports 5g.  I recently signed up with us mobile, they include two cards in their sin kit.  I used the black card which is Verizon and had zero problems with VZ.  I just thought the coverage was worse and the speed  much worse than T-Mobile or AT&T.   I switch back to tmobile  since they're hands down the best in speed and my phone won't allow me to use 5g.  It has me at lte+ with speeds of 140meg down but 5g option is now gone and the lte option appears twice in themenu.  I've tried resetting network options but to no avail.  I think the lte speeds are good but that won't always be the case. 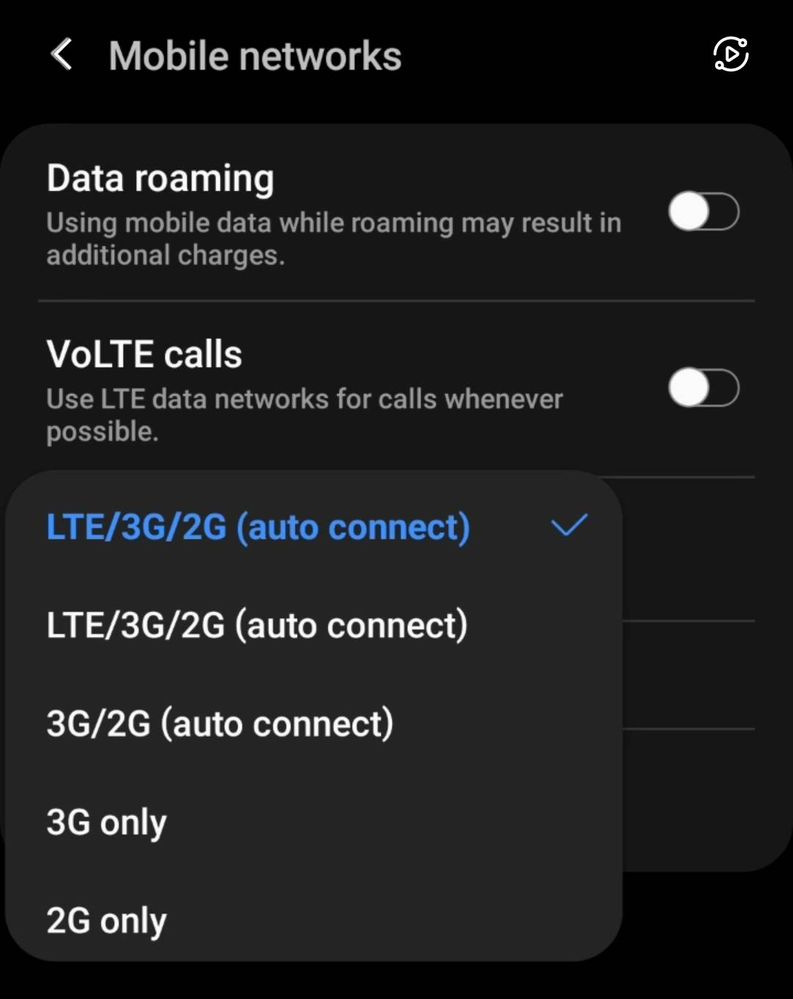 Anyone see this before? Tried the force 5g programs but it just keeps on the lte band. Where I am at I was getting full 5g in the heart of the house even in the bathroom but no 5g even outside.
1 Like
Share
Reply
2 Replies

Other Mobile Devices
I would try quick shortcut maker and then search mobile networks, then hit try and it should open, then go down to preferred networks and see if you can toggle between CDMA GSM and global also see if 5g is listed there I had a whacky issue like that on my note 20 ultra when swapping firmware
0 Likes
Share
Reply