I had a Unimax U504TL smartphone and used a free firewall called Firewall No Root by Protectstar Inc. on from the play store. The firewall would turn on just fine when I turned on the phone and tapped it to turn it on. It wouldn't turn on automatically with the phone like it said it would for some reason, but the other firewall I tried wouldn't let me access the internet at all so I just used that one for protection.

When I started to use my Samsung Galaxy J7 Sky Pro with the same firewall for some reason even though that is a better phone, the firewall wouldn't turn on. When I turn it on and tap the on button it reverts right back to off and doesn't turn on at all no matter how many times I tap. The app starts up with the phone but does the same thing where on reverts to off.

I tried a couple other firewalls and they did the same thing as No Root and neither started up with the phone. I saw nothing in the firewall settings that looked to fix this. The same thing also is happening with my NordVPN. I bought a license and can login on the phone, but no matter how much I tap the VPN won't connect. It works on my desktop computer, but It reverts back to disconnected as soon I tap on the phone. Is there a setting I can try in the phone settings to fix this and let the firewall and VPN work? I thought maybe something was blocking it since it worked on my Unimax but not on the Samsung. Thanks for your help.

PS: I didn't try to turn on both at the same time so there is no conflict there if it helps.

Here is the link to firewall if it helps: https://play.google.com/store/apps/details?id=com.protectstar.firewall 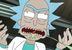 Other Mobile Devices
I use PIA and it's great. I found I need to start the application from my application list to get it up running and properly connected. Just hitting the button in the pull down menu on the phone for your VPN won't cut it. As long as you are running a VPN you don't need a another firewall. At your home (on wifi) you have 2 firewalls between you and the internet before anything you even add. So save the hassles, remove all those junk apps and simply use NordVPN or Private Internet Access
0 Likes
Share
Reply

Thanks for your help. I'm sorry but I'm not clear on what you mean by application list since I'm not very good with smartphones. I always just tap the app on my home screen to get any app I use to turn on.

Where is the application list so that I can run the NordVPN from there? Is that something in the settings?