Galaxy a50 broken, no fixes possible?

So I accidentally dropped my phone and it died, quite literally, the top corner of the screen was showing weird lines and the rest was all a mix of random colors, impossible to make out anything.

The first thing I did was try to remove the sim card and SD card, then I realized there was no SD card so it must be inside somewhere, i just decided to try to connect it to a pc but I couldn't do anything without going in the phone and accepting the pc but it that was impossible. I searched tens of videos on YouTube for a fix, all of them require you to either see the screen partially to accept and then move **bleep** over to the pc or have some specific options enabled in developer tools and use third party software's and USB hubs and stuff. So none of those were a real option, since I didn't have USB debugging, Bluetooth or any other option enabled that would help me. so I went with my last resort I opened it up with tools and then realized there was no SD card, it was most likely just a random part on the motherboard or whatever doohickey lies inside. Now the screen won't turn on at all and I'm totally lost, I don't feel like taking it to some repair shops because I don't trust random people with my phone contents and photos so I just wished Samsung would make it easier to recover **bleep** in cases like these, such as having the memory part separate and in a SD card by default.

Btw if I somehow get the phone turned on, no sounds would be enabled so I wouldn't even know if the touch screen works.

Anyone got any bright ideas that don't require developer options to be enabled nor Bluetooth??? 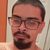 Other Mobile Devices
There are multiple ways to backup a phone, including the cloud, which does not require any interaction from your phone. Hopefully, you backed up to a cloud source and you can recover everything. If not, then I would suggest being more careful with your phone.
0 Likes
Share
Reply

not really a solution, since both of those options are out of the equation and too late.