Have to purchase new phone

Hi i love my samsung galaxy phone it is one of the cheaper models i bought it in 2018 its the j3 luna pro i am starting to have small problems with it out of all the phones i have had i have to say it has been the best phone i ever bought but now it really don't want to update for me there is apps i was in before I'm not able to get back in to that i uninstall i did it because it only holds up so much memory but i all so let my daughter borrow it and i have kept it in a case since i bought it well i was thinging of selling it because it does work for phone use and it just might to be reset back to factory so i was going to sell it for about 30.00 or 25.00 because it still does every thing you want it to do but when i went to take it out of the case i saw it had a piece broken out of it on the back part where the cover is so if i sell it now it would have to be probably 15.00 20.00 it still does everything else so i really would not go any lower but this was my question i am staying with samsung for sure can anyone else tell me of a good galaxy phone besides the j3 luna pro not lower than 2018 i want to go a little higher than that but i'm all so on a low income so could not pay for a phone for alot what about the samsung galaxy A20 can anyone tell me about that phone

The A series of phones are an amazing lineup for somone on a budget! two things to ask...

Getting a new device is always an exciting process.  With Samsung A series you can not go wrong .

The one question I have for you is what is your budget @userQllZWA1Cfx ?

Id be happy to tell you more about the A series. Its close in comparison to the J series in price but has some amazing features thats offered in the higher series.  The A series can range from $130-360.

The A20 is the middle of the A series line up.  It offers the following: 32GBs of internal storage (can be expanded to 512GB with a memory card. 3GB of RAM. A  6.4" super AMOLED screen.  8MP front camera.  4000MAh battery.  The unlocked model is $249 (the price could differ depending upon your carrier.)

Hi I would recommend any of the A Series phones. The A10e is $179, the A20 is $280 and the A50 is $350. They essentially are the up to date version of the j series, since j series are being soon discontinued. They take excellent photos have a better processor, expandable storage. Also try looking at what cell phone carrier you have because they usually have great promos with the A series devices. 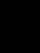 I use my a20 for personal and a j3 amp prime for work. I love them both. I paid around $89 for the j3 brand new at walmart