Other Mobile Devices
So, long story short I have a Galaxy A21 in the US. It's also unlocked. Ever since I got the phone last year, I have tried everything to get the OEM Unlocking toggle to appear in developer options. I've tried a factory reset, did the date and time trick, flashed stock firmware, and when Android 11 released for it, OTA updated. I cannot get it to appear. It's things like this that annoy me. I wish I could make it appear using some tool or something on my PC, like over ADB.  I'm really wanting to unlock the bootloader, and I'd like to root it, as I've never been able to root an android before. So has anyone else been able to so this? I just want to try root. Is this even possible on the A21?!
1 Like
Share
Reply
3 Replies

May not be what your looking for? But Try Settings, About, Software  information... Then Tap on the Build number Seven Times. Tap Back twice and Scroll Down to the Bottom and Developer Options should be there.  Randy  AKA randog311 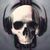 Other Mobile Devices
You can't unlock bootloader on Sammy phones in the US.
Many geniuses tried, all to no avail.
And the OEM unlock button is not available on Samsung phones in the US.
Don't waste your time
0 Likes
Share
Reply