For the past two months, I've been having an issue with the audio jack in my phone. When I plug headphones into it and try speaking into the mic, whether during a call, voice message or the voice recorder, nothing gets recorded. I either hear nothing or I hear static from moving the cord around. Initially, I thought it was just the headphones. I went out and bought a new pair, same issue. Plugged both into my laptop and the mic worked perfectly fine on both. I started my phone up in safe mode to see if the issue was with any installed apps but the issue was still there. I've never had an issue with using any kind of headphones with this phone. I've had it for almost two years now and the headphones I'm currently using are the same exact (although newer) headphones I'd bought and used for months the first year I got the phone. 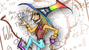 In that case, definitely reach out to Samsung directly via Phone (1-800-726-7864) to set up an evaluation and repair. Naturally you can also reach out to your carrier to see if they have a different option you might like more or maybe someone here in the Community has some other ideas!

Hey Community! Anyone else seeing this problem? Anyone have a workaround? Let us know!  🙂

Yes , i too had the same issueess

Hey Community! Anyone else seeing this problem? Anyone have a workaround? Let us know!  🙂

Yes. My jack stopped working on my J7. I tried cleaning it and restarting the phone. The haedphones and earbud work fine on my other devices.

Other than Safe Mode and a different set of headphones, have you tried any troubleshooting steps?

Let's try some troubleshooting steps, just let me know how these go!

Did that on my Sj7 star, I also tried a variety of different kinds of product & none of which work. It is so frustrating since now I am stuck with the problem & my phone. It's just a day after warranty expired u find out it's an issue with this phone. Had I known I would have taken it in but I just started to attempt using the headphone jack a week ago for use on my car stereo that doesn't have bluetooth.  My phone has all my songs & now is useless to listen to. Oh I know it has that special little speaker but I want bass.