Wipe a Galaxy S10 with half broken screen, and will not boot into recovery mode

My girlfriend had her Galaxy S10 knocked off the bed by the dog this morning. Unlucky for her, even being in a case it hit the screen and cracked it in such a way that the lower half of the screen is just now all white when you can get it to turn on which is hit or miss.

I was able to unlock it and with the portion of the screen you can see and much rotation around I was able to install teamviewer and remote into the phone.

From there I was able to backup and transfer some of the data to the new phone.

Through the remote desktop I tried to also then do the factory reset of the phone as we'll be returning it to the carrier. The screen kept going black whenever I reached the final stage.

At this point I shut the phone down and tried to boot into recovery mode (volume up + Bixby + Power) and the phone won't even attempt to boot when all three of these are held down. No activity of any sort, doesn't vibrate, screen doesn't flash, ect.

I powered the phone back on figuring I'd try a wipe a the other way again and now I can't even sign in. I think it wants her finger print but I can't tell because it's in the portion of the screen where it's broken.

Previously all it wanted was the draw pin for me to unlock it.

I can't shut the phone down from the lock screen as pressing the power off does nothing, and I can't boot into recovery mode.

I also tried to wipe it through Google's lost phone functionality but apparently she never configured that.

Does anyone have any advice on how to unlock the phone or get it to boot into recovery mode so that I can wipe it and send it back to AT&T?

Here is a video showing what I'm dealing with: https://www.youtube.com/watch?v=1DLrFmmPRy4 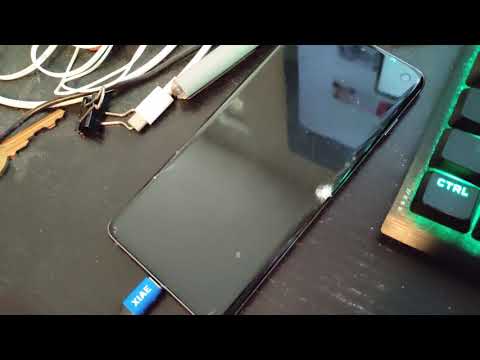 Galaxy S10 cannot be unlocked and will not boot into recovery mode
youtube.com/watch?v=1DLrFmmPRy4
1 Like
Share
Reply
0 Replies