Re: When is EARC Coming?

i red about it they said mid july 2020 update will come and then earc will work. but still waiting for it ..

In Feb 2020: Craig Cunningham, Head of Product Marketing, said  "nothings changed in regards to that [earc on q90r], we will be updating and supporting [earc] as we originally said".    https://youtu.be/NMI7nqS61nI?t=433

In May 2020: Craig Cunningham, Head of Product Marketing for Samsung, said regarding the Q85R and Q90R that the TVs with the OneConnect box will be getting an update for eARC and that "it has been confirmed" for the "Q90R ... the models that support the one connect box". "It's going to be happening soon"   https://youtu.be/O_fiUJlcoO8?t=4884

In June 2020: Bruce H., the community manager in the Samsung EU Forum said: "All devices using the MuzeM (T-MSMDEUC) platform will receive the [eARC] update in mid-July. The update has been delayed due to the COVID-19 virus." https://eu.community.samsung.com/t5/audio-video/earc-update-voor-q90r-qled-tv/td-p/1780368/highlight...

The Mid-July update (1361.0) came out on July 14th as expected, but eARC support was not included as promised.

Why are there no official updates in the US Forum?

At what point does this become false advertising? 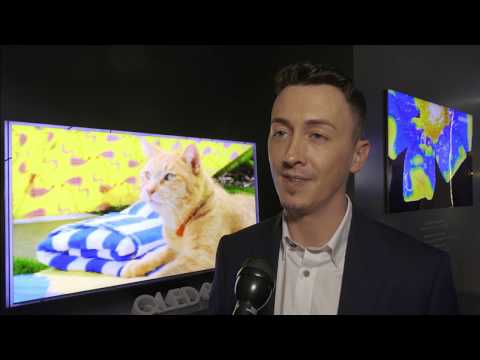 at this point, it dont matter for me.
I will never ever buy an Samsung again even if I think they have the best tv. This support and no update on the issue alone is horrible for a company.

No more Samsung for me!

I as well own the 65" Q90R and Q90R sound bar.  I can't believe Samsung as a company feels good that owners of the 2019 LG C9 OED TV can use eARC with the Samsung Q90R sound bar, while Samsung QLED Q90R owners are left high and dry. It is beyond messed up that they offered "paired" devices and got this so wrong. LG has impressed me with their customer focused software updates that go beyond the model year the device is sold.  Software updates should not be tied to purchase dates!

Was planning on putting another one in the master bedroom but because Samsung is not following through with their promises not buying another Samsung. And the sad part is this is their forum and with no responses. 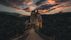 The possiblity looks more and more remote. The Mods have not responded to ANY of the threads on this subject. Not even so much as a "it's in the works but delayed."

I don't understand the silence. A senior executive at Samsung has already said "it's confirmed"  and "it's going to happen" for the 2019 Q85R and Q90R.  They're only damaging more customer relationships by NOT commenting.  My thought? The OneConnect box must have a fatal flaw that can't support eARC.  They didn't know until recently during testing. Rather than own up to their mistake and offer a hardware exchange to correct the deficiency, they're hoping to get away from the issue by continuing to push 2020 units and go radio silent. It's no mistake no mod is talking about it anymore, they were obviously told to avoid the conversation.

This is supported by the fact that the 2020 remodel eliminated the OneConnect boxes. It is further supported by the fact that there is obviously some sort of design flaw. Why would a box that has one upstream connection only support high bandwidth on HDMI4 -- inferior parts to save cost.  If the upstream bandwidth is available and only one HDMI stream is active at a time, there is no reason why HDMI 2.1 features are limited to HDMI4.  Samsung doesn't want to recall the OneConnect box to fix this because that would further hurt their bottom line.

A reputable company would recall the OneConnect boxes if this were the case.  I regret buying Samsung, a similar thing happened to me over a decade ago with 3D DLP TVs that they sold before the standard existed. It took me a decade to remember the anger I had for Samsung.  LG is looking like such a good company with their customer focused updates for prior year devices. The 2019 B9 and the C9 both support eARC through a firmware update.

It reminds me that Samsung has built a brand around releasing TVs half-baked too soon before industry standards are finalized. They do that to capitalize on the market and claim to be first. Then they leave their customers high and dry because their rush to market means they sold inadequate hardware. They "fixed" it in the early 2000s with 3D DLPs by selling an extension box. I bought the high end model back then too. They sold me the fix. I'm guessing they'll probably eventually do the same here. Charge customers $200 more for some crappy box that fixes their problem they created because their executives must be first to market at the customer's expense.  Good Riddance Samsung, this is my last Samsung TV if that happens again and you don't follow through on Craig's promise.  I also promise to be the most vocal advocate you've ever seen against buying any cutting edge Samsung TV in the future.

I am completely xxxxxx off with this whole charade.

Denon finally have the amp that does what I need. 8K, HDR10+, etc.... but no sodding eARC from Samsung. My first Samsung TV after plenty of Sony's. Never again.

Basically I've spent ~$10k on something totally useless. I can't afford to swap but can afford the time to tell all friends, family and colleagues never to touch Samsung.

Really am quite annoyed about this.

Never bought anything significant from Samsung before the QLED & S/B, never will again. Excellent picture, worst electronic integration I've ever seen for this amount of money. Truely a "B" list company. Almost hoping the TV dies to force my hand and replace with the LG C9.

As i've said previously, I dont understand the no comment PR strategy when it comes to promised updates by Samsung executives. I did a quick non-exhaustive search and there have been 116,629 views on forum threads asking for eARC support for the 2019 QLED TVs. Please let us know what is going on with this update. If it was delayed due to COVID (as you've been willing to non-publicly say to journalists), then just come out an tell your customers. For those of us that own the 2019 Q90R QLED and 2019 HW-Q90R Soundbar, we've given your company at least $5,000 each. You at least owe us an update.