Only had TV a week.  Picture freezes in certain apps, HGTV, Discovery, Animal Planet and Samsung Plus TV within a couple minutes.  Plays fine on Netflix, YouTube, Crackle and Hulu.  I have reset TV and Smart Hub, deleted and added back apps, ran scan that deleted Cache etc.  Anyone have a solution? 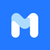 I'm sorry to hear that, have you made sure that you have a strong connection to your wi-fi?

I may be seeing the same problem in a 55" Q80T (latest firmware versios 1403). 2 screen freezes in four days since purchase. When it happens, the TV will not respond to any key on the remote control. The only work around is to remove the TV power cord.

Samsung please solve this bug quickly and provide root cause, so that I have confidence in your product.

The first time the screen froze, a TV show froze and there were no error messages on the screen. The second time, the TV had been off all night. I turned it on and there was a "are you still watching" message as well as the app selection tool bar on screen.

I upgraded the firmware to version 1460.9 and the screen froze after one weeks time. I was streaming a TV show and  the TV froze the same way all of a sudden. It unresponsive to any remote control buttons. The only recovery occurs after removing and replacing the power cord.

I am disappointed that the a) the TV is malfunctioning b) the convenient software update feature built into the TV told me that I already had the latest firmware Installed. I found newer firmware (released weeks earlier) only by browsing through Samsung's support menu and downloading it for a manual install. c) Samsung support has neither responded to this issue or escalated it to a higher level of technical support.

Samsung corporation you aren't acting like Samsung. We expect high quality products and first rate customer support. That's why we have bought your products in the past, but you have not shown up in 2020. Get your groove back.

After 5 screen freezes and several hours on the phone working with Samsung customer service, I am exhausted and give up.  Samsung's response was slow and ineffective. I am returning the Q80T TV to the store.

Some failures occurred streaming with YouTubeTV. Some occurred just powering on the TV.

As TVs evolve from dumb to "Smart", they are becoming more like general purpose computers and need more testing. Manufacturers install multiple apps on their product and aren't testing adequately. It doesn't matter whether YouTubeTV, SamsungTV or works on another TV. Each App needs to work well on this TV, with it's Cpu and operating software. They all interact. Samsung needs a thorough Smart test process.