Buyer Beware of QLED Burn In & Customer Support Run Around

Buyer beware, I've read many negative reviews of Samsung and their customer support, but never had any issues......until today.  The QLED's are supposed to be guaranteed from burn in, but today I noticed an horizontal line appear after switching menus in an Xbox game.  Called customer support, they said I was covered, but when transferred to schedule the repair, I was told I was not.  This $1300 tv is just over 1.5yrs old and extremely well taken care of with low use. The first rep was awesome (located USA), second rep just wanted to go round and round, I am a patient person but I really became frustrated as it really appears that is their tactic, go round and round and the more you are on the phone the more likely you are to cave in and give up.  Second Samsung tv we had a horizontal line develop in, one QNQ65 and one 49MU8000, luckily the mu was covered by Amex.  The QNQ65 was purchased directly from Samsung.  I'm done, never again, look elsewhere.  My daughter Sony is 6 years old and not a single issue.  I've heard about issues with Samsung, quality and customer  service.  Now I have to live with it.  Think twice. 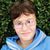