The recent 1403 update broke 120Hz BFI (called LED Clear Motion in the settings) while using Game Mode. My 2018 - Q6F supports it still, as seen below. The "Game Motion Plus Settings" tab is greyed out on the Q80T, thus the "LED Clear Motion" option is blocked off on the Q80T, but selectable on the old Q6F. BFI with 60Hz content in Game Mode works for both displays, but 120Hz Game Mode content only works on the older model, and with 60Hz content the BFI effect is far less "sharp" on the Q80T. Even using the HDMI 2.1 port, this function is still disabled.

The Q80T does support 120Hz BFI but -Game Mode must be disabled-, while the older Q6F can have both 120Hz BFI and Game Mode. Samsung disables a game setting (Game Motion Plus) WHEN GAME MODE IS ACTIVE! This needs to be addressed, as this is a selling point to a lot of people, and verified to work by rtings.com - https://www.rtings.com/tv/reviews/samsung/q80-q80t-qled

Something to note, activating variable refresh on a device disables BFI, as the two functions are not compatible with each other, so the Series X console has VRR disabled. VRR is confirmed disabled as it does not specify "Freesync" beside "120p input signal plus" on the displays, and the lower screen (the Q6F) has faint black trails due to the BFI effect. 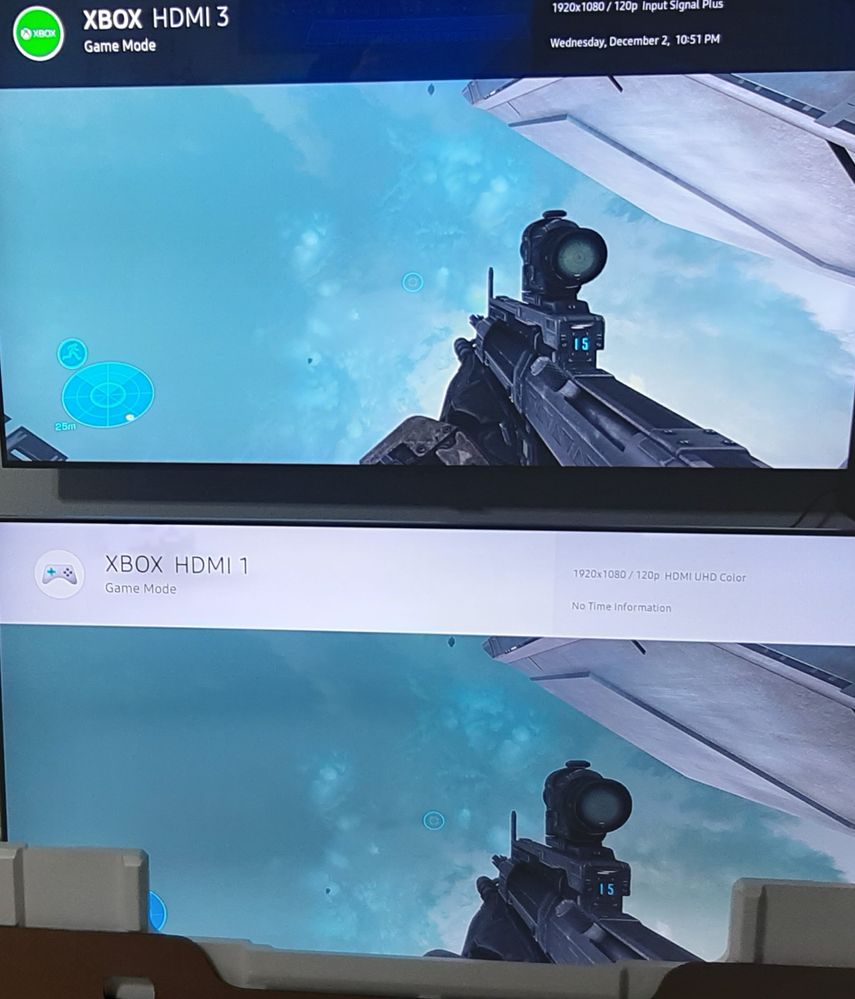 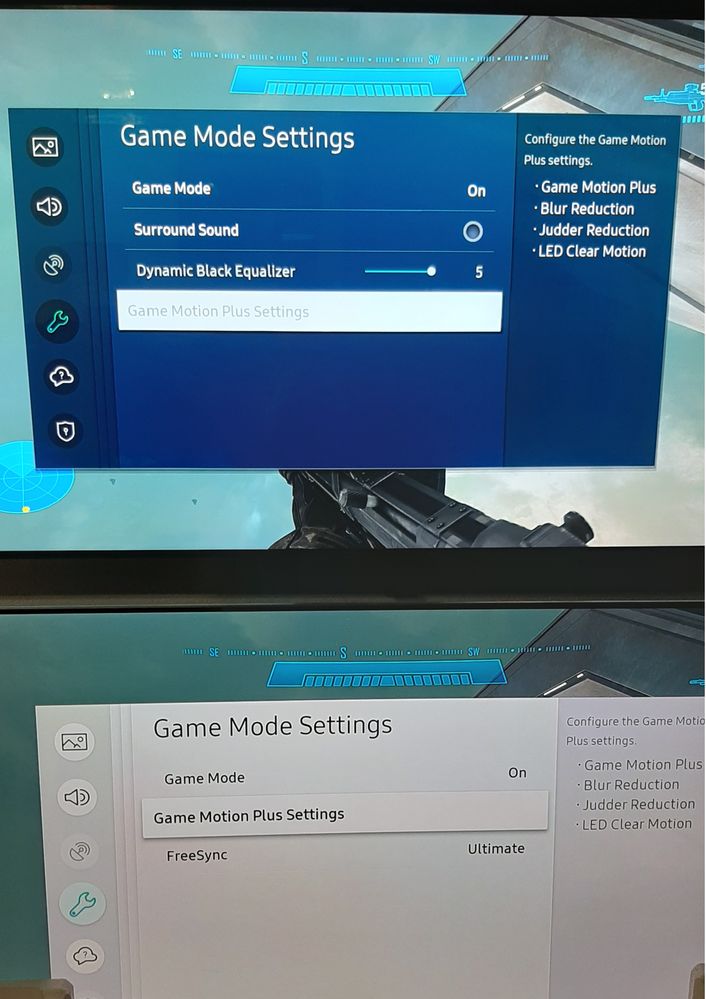