Same here in Israel, technicians from the local Samsung reseller here "does not see the issue" or claim "this is normal", quite unbelieveable. Already had 3 technicians over. This is a $7k TV - Samsung help!!! 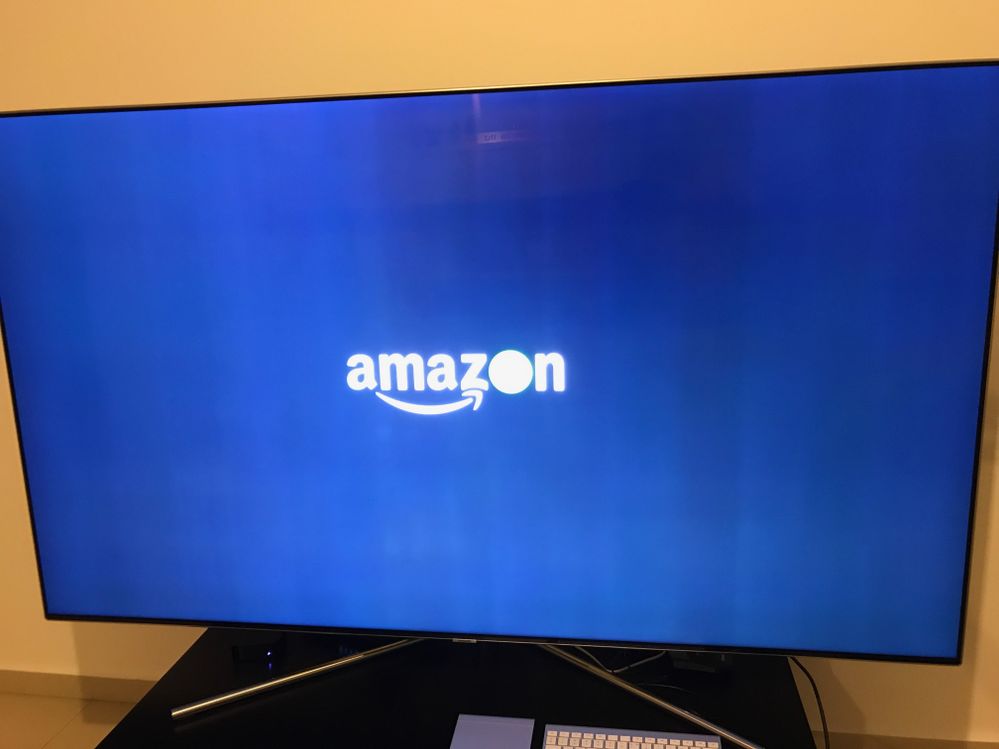 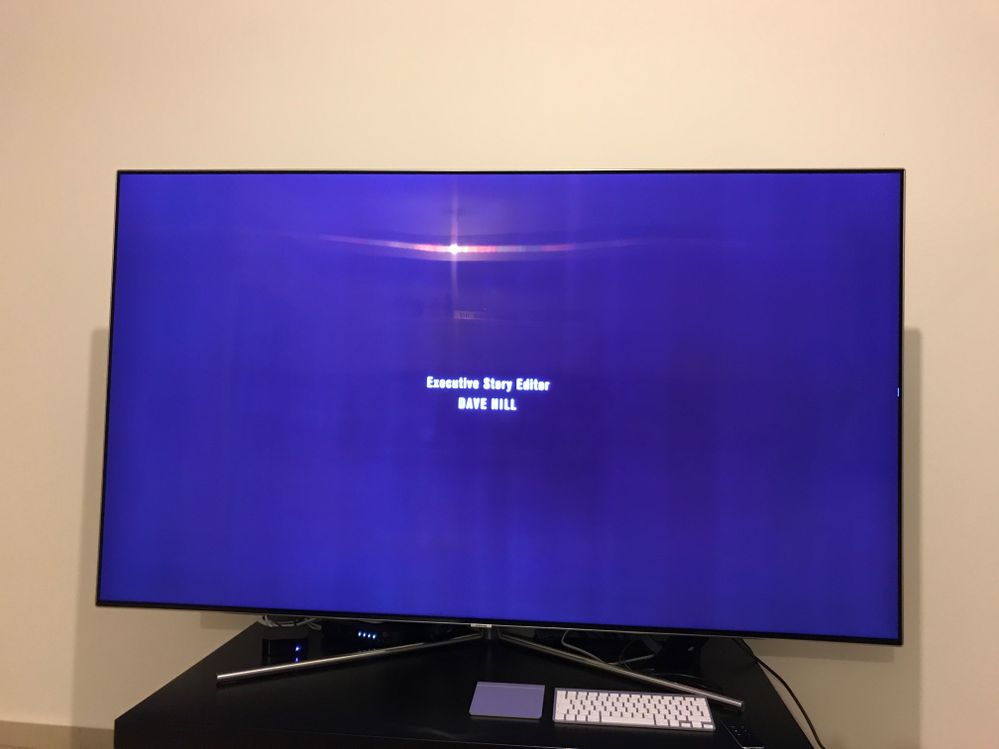 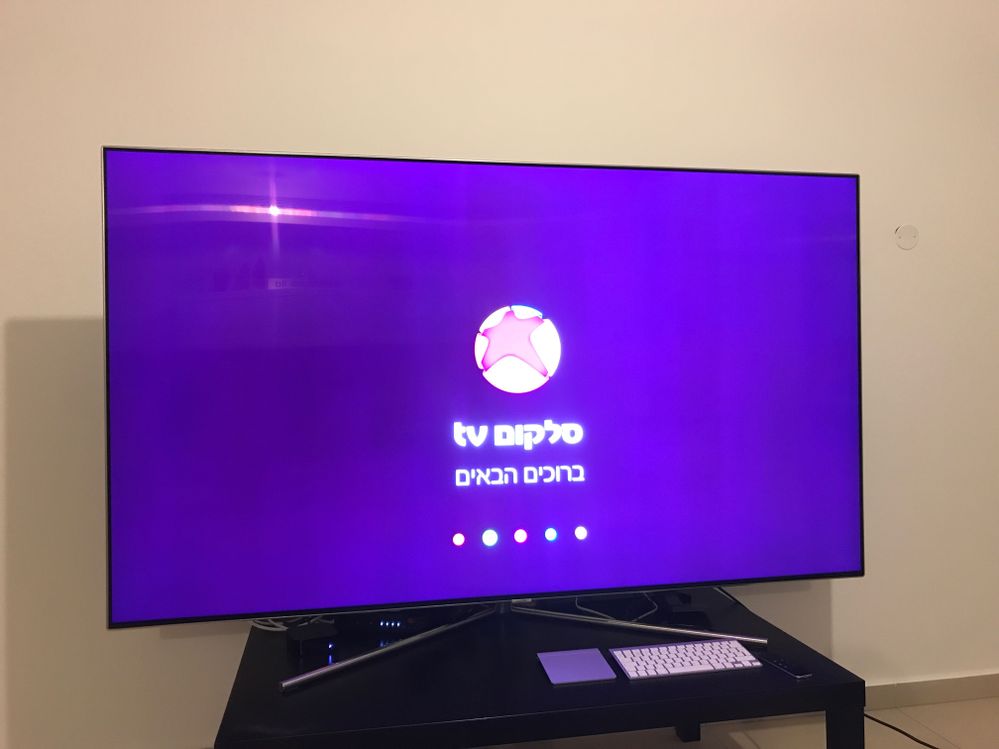 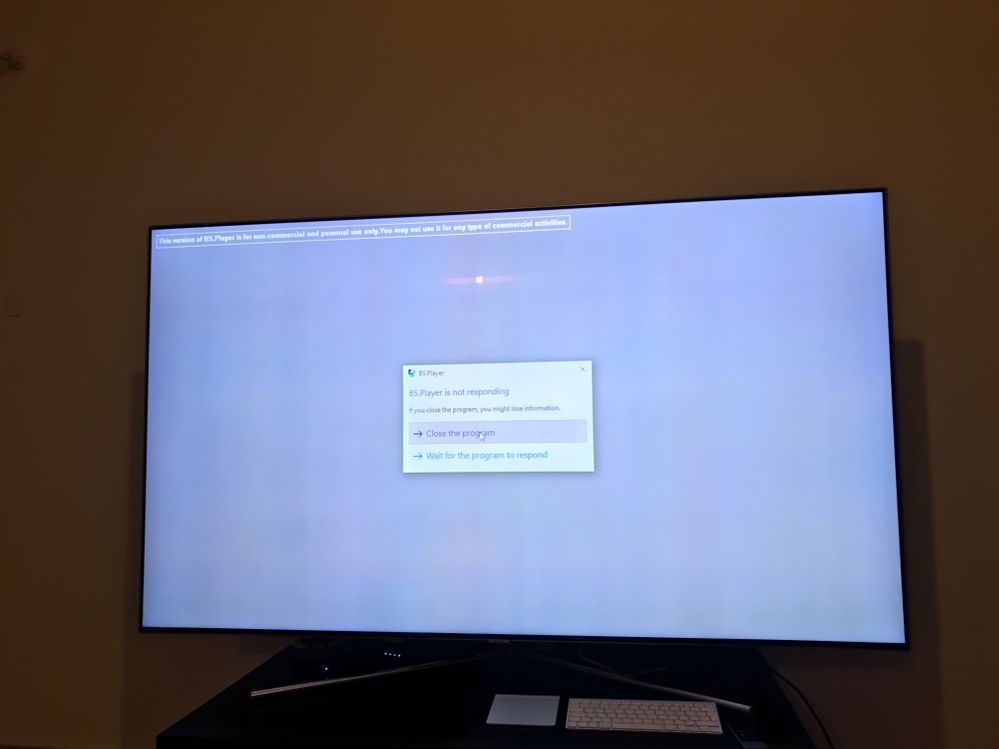 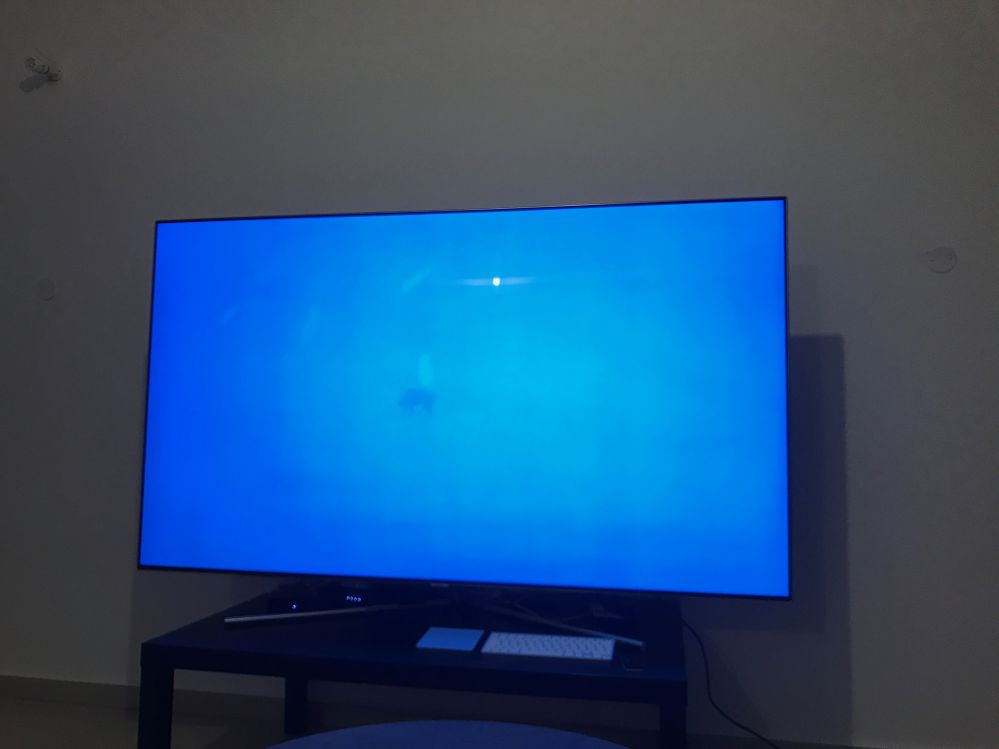 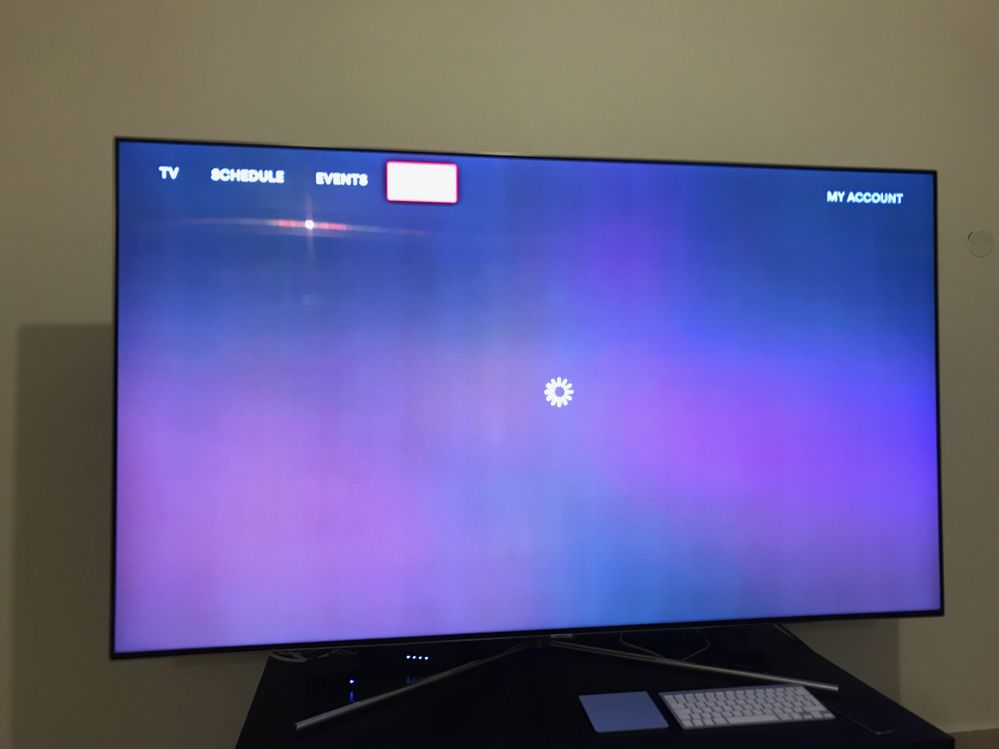 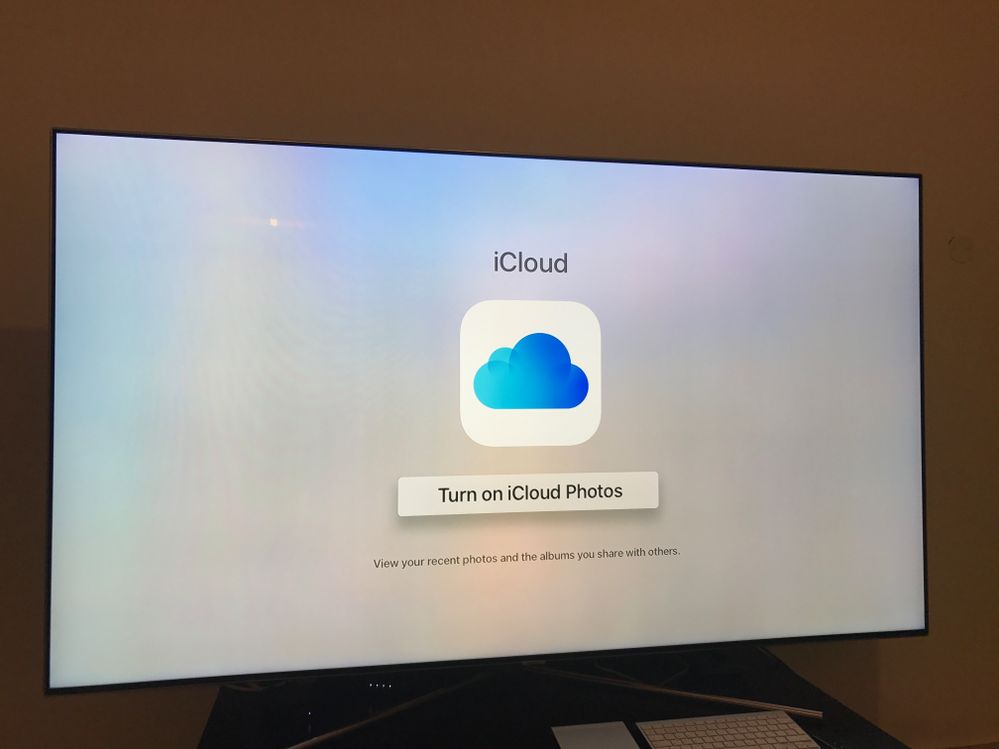 Full model of my tv: QN75Q7FAMFXZCPQ

I will add my pictures too. These are taken from within the menu system and not from other sources or inputs. Mostly noticeable in gray and white backgrounds. Also, the middlemost line on my tv is kinda yellowish, all the time. It's quite prominent when watching football, and that is pretty much a deal-breaker for me.

Does Samsung have an official answer to this yet? Does it only affect certain TVs? Is this normal behavior? Can it be fixed? I need something to give me hope, that I don't have to take this tv back for a different one. It's really too bad the panel on my KS9000 died after 6 months, I was much happier with that tv.

Another extremely unhappy customer here from Finland. My week-old 75" Q7F (firmware version 1124, I guess that's fresh for multilingual televisions) exhibits the problem in a very similar way as described in earlier comments.

I went to check on stores how Q7F panels perform. One I had most freedom to play with, a 55" version, definitely had this issue under control; the backlight was not perfectly uniform but there were no narrow bands like ones that are almost impossible not to see in a very distracting manner on lots of material on my 75" panel. I also looked at a promo material setup on 65" panel on another shop - although it seems Samsung avoids horizontal pans like a plague (maybe there's a reason?), I couldn't really spot a hint of banding there. I also checked out a previous-generation 75" Samsung panel with demo material on the same shop - horizontal pans were again suspiciously absent, but I could say with reasonable confidence that lightness and colour uniformity on blue-sky scenes was vastly superior in comparison to my panel.

The issue is so bad that I immediately see both intensity and colour deviations simply by opening larger built-in menu screens. This means that it's pointless to color-calibrate this panel, and thus have any sort of confidence on content reproduction. It's like constantly looking content through a thin veil.

Local Samsung representative opened the discussion with claiming that vertical banding is a "feature" in large television panels. (It doesn't seem to be a feature on many of their own panels I observed yesterday.) Do they think I paid to enjoy this feature? Should I be thankful to enjoy this feature? If so, I do definitely return the set and buy from a vendor that takes engineering and customer complaints seriously. Even if it costs me more.

A little artificial photo of the issue is attached to show mainly the form of these bands, if not exactly how they occur on typical material, ignore the room reflections on the left.

Samsung UK has a new 1141 firm. I have try it and now I see less banding. But it's still there.

I am unaware of method to update my multilingual model to this firmware. Apparently both Samsung user support and local service center don't know what customer service means. (A hint to them: I paid 5000+ euros, I'm the customer to serve, not you.) I give them Friday to prove me wrong before cancelling my deal and moving to a non-Korean manufacturer. Playing dead is not an option.

Stopped in to Best Buy and looked at the q7 and q9, the same vertical lines were apparent on both sets. With no word from Samsung on this, I'm hoping this issue can be fixed. I don't even like watching my 3 month old q7 anymore. Trying to not let this topic die till we get an answer.

Samsung Finland considers it a "feature", Samsung Service (de facto repair shop for their TVs) considers it unfixable beyond a firmware update - which didn't help. I also went to see other Q series 75" panels on various shops and exhibitions, and although some of them are better on the sweet spot, they all rather prominently feature this issue (while it's not at all as visible on 55" models, for instance).

I have a certain competing manufacturer on my sights now. The problem is that testing a competing, latest-generation, proper 75" panel might demand crossing a time zone or two - but after this experience, I'm quite prepared for it.

feature
[fee-cher]
noun
a prominent or conspicuous part or characteristic:
Tall buildings were a new feature on the skyline.
something offered as a special attraction:
This model has several added features.

Definitely prominent and conspicuous, but I wouldn't call it a special attraction.

I'm having the same issue on a brand new set.   I'm going to return it to Best Buy and get the Sony or LG set.  4K for a new TV and have these issues.  Can someone from Samsung contact me in the next day or two?

@userqwbSfihM5c: Shoot us a private message.