Questions
yo samsung, send the one UI 4.0 beta my way
I have an unlocked s21 ultra 5g with a tmobile Sim and in the USA so I should meet the requirements I'm guessing. I still don't see the one ui 4.0 option in the samsung members app yet and I've been checking since yesterday so. I just wanna be a part of the beta program 😖
0 Likes
Share
Reply
5 Replies

Questions
Me to, but now I see someone says the esim don't work with tmobile
0 Likes
Share
Reply 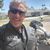 Questions
Hello... That is why it is Beta program... you use, test, and give feedback.
0 Likes
Share
Reply 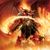 Questions
There are only so many spots, and they let new ones in as spots become available.
0 Likes
Share
Reply

Questions
Unlike @Apple #iOS Developer + Public Beta Testers, @userf6y49KlI8n limits the number of folks who can participate on their #OneUI 4.0 Beta. (More like an 'invite only' thing).

Again, unlike Apple which includes many older devices that can participate; Samsung limits the devices -- currently just on the #S21 Series lineup.

Kudos to Samsung! Loving my S21Ultra even more !!!

I hope they'll open it up for older devices such as the #S20 and #A Series lineup soon!

Beta Program for One UI 4 has launched on 9/14. Registrations are currently closed. Please monitor Samsung Members app as well as Samsung Community for updates.