Questions
Can@USBetaModerator and@samsungcare Ambassador confirm about the status of beta 2.
I was hoping we will be getting the beta update around this time but it looks like Samsung is delaying the update again . I remember they used to release beta update even twice a week. And now not even a single update. I am sure they are trying their best to push the update soon but since most of us are having issues in this beta and are unable to do simple task they should keep in mind that most of our members are getting frustrated with the longer time they are waiting for their issues to be fixed.😊 Thanks 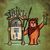 Questions
It's not horrible, but an update to the battery and a few other little things would be nice...
0 Likes
Share
Reply 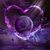