Can you please release an extensive article/video/infographic on what exactly Bixby can do nowadays? Because back in 2018, I feel like Bixby was a lot more helpful. Since then you seem to have reduced a lot of versatile capabilities that really set it apart from the competition.
I appreciate that Bixby can still understand context. As well as being able to display results from apps/modules that don't have to be installed. But a lot of the other commands and capabilities have been removed for seemingly unknown reasons.
What happened to:
-Being able to delete or share photos using my voice
-Being able to use Bixby Vision to point at an object and shop for it
-Being able to see stores and landmarks surrounding my location
Most importantly!
-Why can't we teach Bixby any more and correct its mistakes?!
Why not finally release a Galaxy/Bixby speaker or (since you're partnering with Google) get the Google/Nest speakers to respond to Bixby Wake up command? Then for IoTs devices, you could talk to your speaker in a given room and tell it to turn on the lights, or turn on the TV, etc. (Assuming that you may not carry your phone with you 100% of the time you're at home)
It's obviously probably too late (and I'm probably just reaching for a bit a nostalgia here) but why not bring back Samsung rewards points or some kind of points for using Bixby? As useful as Bixby is, the ability to earn points made it like a game. It made it more fun!
One last thing:
Can you make a change to Bixby Quick Commands so that she doesn't have to announce that she's completed a task, after each and every task in a list? (Admittedly it's been a while since I've used this feature since Bixby Routines was released, but if it hasn't been changed, it needs to)
Anyone that reads this, can you please comment with one of the following?
-You're favorite Bixby feature (Current or removed)
-You're most elaborate Bixby Quick Command
-You're most elaborate Bixby Routine 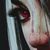 Samsung Apps and Services
My favorite feature about Bixby so far is that it respects us enough to allow us to disable it permanently. No beef with Bixby just rather rely on my own moves then the assistance of the AI support. Like for example... When I used to use a Microsoft system without know how to permanently remove cortona without removing a important windows component needed to run device. Once finding the right way to disable really reflected that the personal choice to opt out shouldn't be so difficult to deactivate function. Happy Samsung has made it our own choice to use or not and that I couldn't be more thankful for. Love controlling no excess or unnecessary use of ram is consumed
1 Like
Share
Reply

Samsung Apps and Services
I swiped Bixby right off my screen. It was taking 1/3 of my screen and covering some apps. It's gone now and I don't miss it.
3 Likes
Share
Reply

Samsung Apps and Services
To be honest; Bixby is a polished product but Samsung is always onto the next for innovation. Already I'm More excited to Replace Bixby permanently with the Samsung NEON Artificial Human Project cooking up for our devices. Can't wait to be honest. 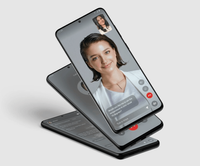 Samsung Apps and Services
I love Bixby but I use it and google. Bixby is good for the serious stuff, but google can "blow up" my phone! I use Bixby for call when I'm biking, or in a car. I use Google when I want to laugh with my kids.
2 Likes
Share
Reply

Samsung Apps and Services
The ability to see stores is no longer there and it isn't in settings. You may have an older version of Bixby Vision
0 Likes
Share
Reply

Samsung Apps and Services
That's not the same. I felt it was better with Bixby. You could open Bixby Vision, and with AR, look around you and see what's nearby. It felt more immersive.
0 Likes
Share
Reply
Solution