Samsung Apps and Services
I've used both Samsung phones and iPhones for years and who is in the past 5 years I have exclusively used Samsung phones. Everything about the phones are great but, one thing I really miss from my iPhone is the ability to play games inside the messages app. With the introduction of RCS on Android, all the features that made imessage so great are now on Android. But, we are still missing the fun feature of message games. I was wondering if there is any way the Samsung team could integrate message games into the Galaxy app store and make it work on Google messages or Samsung messages. This would be such a cool thing to add and games like uno and 8 Ball Pool would be a much-appreciated addition. Most of my friends on iPhone refuse to switch simply because of iMessage and if we can have all the features of iMessage on our phones and have them work between different Android phones, there would be almost no reason to stick with iOS and since there are so many more Android phones, you would be able to use RCS capabilities to their fullest potential. I really hope someone on the dev team considers adding this because it would be a game-changer for me and probably a lot of other people. We already have Google Duo for video chat which is superior to pretty much any other video chat app and is cross platform so now all we need is for the messages app to catch up to iMessage which it has in many ways but it's still missing the games the ability to @ a person in a group chat, the ability to pin messages, the ability to have effects when sending messages, and a built-in App Store for games and features built specifically for the messages app. If you introduce this functionality, the messages app will go from being really good too excellent and top of its class.
1 Like
Share
Reply
10 Replies

Samsung Apps and Services
I'd have to agree with this post. Imessage games are fun way to pass the time with friends. Would be great with RCS. Wishful thinking. We'll have to wait and see how RCS improves over time
1 Like
Share
Reply

Samsung Apps and Services
Yea rcs is good but is still missing a lot of functionality imessage brings.
1 Like
Share
Reply

Samsung Apps and Services
Agreed. But seeing the increase in my own RCS usage among users is encouraging :beaming_face_with_smiling_eyes:
1 Like
Share
Reply

Samsung Apps and Services
Yea, I have also seen a few other people in my contacts gain the new rcs functionality but a lot of my friends are still on iPhone and it's not that they think it's a better phone because most of them actually like Android more and specifically Samsung but the lack of a good built in iMessage like platform really is a deal breaker for them.
1 Like
Share
Reply

Samsung Apps and Services
People say that you could just install a third party app like whatsapp or Facebook messenger but the thing with having a default message app is the fact that you can guarantee that everyone has it. It's the reason imessage is so successful. An app that has all the great features of any third party app and that everyone has pre-installed is an app that will have the least friction among multiple devices, carriers, and developers. If they can pull this off, it would make most other platforms less useful and make messages on Android much more secure thanks to end to end encryption from one Android to another.
0 Likes
Share
Reply

I think Samsung should add the ability to play messenger games similar to how Apple has theirs. From someone who used to have an iPhone, I do miss playing games. We have the ability to do video calls with fellow Samsung users, we should be able to play games with them too. I miss playing 8-ball. 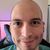 Samsung Apps and Services
Yea we should have the ability to do this especially since Google and samsung are working so closely together to make messages on Android good. We have RCS features so that's a start but message games would really seal the deal for most people especially iPhone users who always say how they can't switch because of iMessage and I get it. Message games are a really fun way to interact with friends and family.
0 Likes
Share
Reply