How to Stop Contacts' Nag Messages

There is a thread incorrectly marked as "Solved," https://us.community.samsung.com/t5/Samsung-Apps-and-Services/Nag-popup-to-sync-contacts-with-messen...

It misses the point that what people want to do is stop Contacts from nagging and asking them if they want to sync their users from Facebook, Gmail, etc.

The thread answer covers turning sync on or off for the services.

That's not the problem.   The problem is people want to stop contacts from asking if they want to turn on sync for those apps they aren't currently syncing.

This nag appears for when i go to make a call, and it asks to turn on sync for Facebook.  I have no interest in syncing these...so will never turn it on.

I want Contacts to stop asking me if i want to.

That's what we need an answer from Samsung for.  Or report it as a bug report.

That can be annoying. I took a look at that thread. The dialog is being generated by Facebook Messenger, not by Contacts.

@LongHiker , from what another person figured out in that thread...Contacts generates the nag for sync-compatible apps that aren't set to sync in Contacts.   They turned off sync from Google... and then they started getting messages to turn on sync for Google.

I just played with my Contacts' settings and turned off various syncs.  Close the app and go back in and go to manage Contacts... and it bugs you about syncing them.

Contacts is the culprit here.   Needs a switch to tell it to not nag for non-syncing accounts.

Maybe your Contacts has a glitch. I only have a few core items synced to Contacts and don't see that message for any of the other items.

Post a picture of the dialog you are receiving. Also you can use Samsung's Good Lock modules NotisStar or Nice Catch to see what application is popping that dialog. 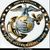 Samsung Apps and Services
Ya'all be careful when syncing. Pay attention to the dialog as Google..(android, Godaddy, and FB have had a rich friendship. Also check FB settings and by all means get rid of the FB messages app because it will automatically sync with "FB messages"
0 Likes
Share
Reply