How to fix Samsung Financing account after Upgrade Program Issue

I have been trying to fix this issue for two months and have gotten nowhere after talking to numerous samsungs reps on the phone and thru email.

The issue started when I tried to do the upgrade program when the s21 came out. As I am new to the process I used the samsung chat feature to talk to a customer care agent and have him walk me through it. What he actually did was had me do a trade-in, where I returned my phone and got a credit of $425. Unfortunately that doesn't cover the outstanding balance so now I am paying for two phones. I have been speaking with representatives from samsung and td bank over the phone and email since late February and just keep getting the run around. At one point in early April one of the few helpful representatives suggested that I return the s21 I got in February and then restart going through the upgrade program and then once the returned phone was received there would be a manual intervention. So I did that and guess what still nothing has been done. I called again today and have spent 2+ hours on the phone talking to one unhelpful representative after the other. Is there anyone at this large corporation who can correct this? Again samsung has the phone, has had it for three months, has probably already refurbished and sold it for more than I'm even asking for,  and  I still can't get help. I wonder if Apple treats it's loyal customers like this? I guess I'll find out when its time for me to get a new phone. 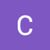 what does this mean