Samsung Apps and Services
It seems to be some issues with syncing my Samsung notes to my book pro 360
Between my s21 and Tab S7+ all working perfect ... But when I'm trying to get it sync on my book pro 360 it's won't do that
2 Likes
Share
Reply
15 Replies

Samsung Apps and Services
What are you syncing?
0 Likes
Share
Reply

Samsung Apps and Services
What app are you using to sync in the computer?
0 Likes
Share
Reply 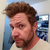 This is some strange bug with the latest Samsung notes app update for Android. Your synced note files can be read just fine between different Android phones.

But on the PC, it is not reading/receiving any of the new format notes.

Any of my older format notes that I have not converted can still be read on my windows PC Samsung notes app. But any "new" notes are not compatible with the PC for some reason with the latest update.

Again, this all happened with the latest update on Android devices. It broke something so that PCs can no longer read Samsung notes when syncing.

Samsung Apps and Services
They have to fix it asap, this is crazy how it was not tested before release. I'm still waiting for resolution after speaking with customer service.
1 Like
Share
Reply

Ok everybody, I just found a solution since Samsung devs are clearly not doing anything about the problem.

I uninstalled my windows samsung app, and then installed a previous version of the app, and I am now able to sync ALL of my notes again. New converted ones and old ones.

Here's the problem. The Windows app store does not give you an option to roll back to a previous version of an app.

So I found this thread here https://www.xda-developers.com/get-samsung-notes-windows-10-app/

Where someone has gone through the effort of making the Samsung Notes app available for NON Samsung pcs. His file is a previous working version of the windows app. So I followed the download link in the thread, (and reloaded the download page when it wanted to redirect me to some spam download), and once reloaded, I was able to download his older version of the windows Samsung notes app.

This may be a little technical for some users, but once you download the zipped file, extract it directly to your root directory (your C drive).

So when I open "my computer" and click on the c: drive (where windows is installed), I have a folder called "SamsungNotes4128drpiyush".

inside that folder contains the files necessary to install the previous version of the windows app. Uninstall the current version on your PC first, and then follow the instructions he has included in a txt file in the folder.

I am not sure what the current Windows app version number is, but this version which I just installed and is currently *successfully* syncing my notes is version 4.1.28.0

Go to your windows app store settings and turn off "update apps automatically", or it will update the app you just installed, to the current non working version.

In fact, turn that option off BEFORE installing this version of the app. Or it may do it to you before you make it over to the settings to turn it off.