Service with Samsung Cloud is terrible 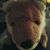 Yesterday I tried to download my daughter's photos from the Samsung Cloud as that service is going away. After two hours and using three devices in tandem, I was eventually able to access and download the files -- many of which appeared corrupted and could not load. These are simple pics she saved -- not HD videos or anything larger than a couple hundred KB.  Still, a lot were in bad shape. So today I figured I'd download them directly to a PC from the cloud. Yeah, right. Not going to happen.

I spent quite a bit of time on the phone with support - which was useless. I can access her account and even click on the download button that shows the name of the zip file to be created. After nearly half an hour, not a single pix was downloaded.  So I called support and she was worthless. Could not give me one bit of useful information other than maybe waiting an hour or so to see if ANYTHING  would download. That's the best she could do.

I'm incredibly disappointed with the quality of customer service and the UX with Samsung's website and apps. The phone hardware is acceptable but the cloud and apps are, in a word, disappointing.  Really, Samsung, you can do much better. You charge $1000 per new phone -- use a bit of that massive profit and invest it in some quality control.

Samsung Apps and Services
I don't use Samsung cloud I prefer to use Google among all my devices. They offer great deals for cloud storage. I have 200gb for 2.99 a month. They have their own filters and other options to edit photos etc
0 Likes
Share
Reply

Samsung Apps and Services
Same. Paid yo br able to save all my photos, backups, etc. I'm bring charged $1.99/mo for something that hasn't worked for me. I, too, was afraid I'd lose everything precious to me in my phone so I paid for this service. It's **bleep**!!
0 Likes
Share
Reply