Suggestions
Recently iphones have been introduced with a car crash detection feature. The Google Pixel has had this mode for a while, and now Samsung should join in the safety of its users.
It would work alongside a galaxy watch, alerting the user that emergency services will be called. The phone or watch will play a pre-recorded message giving the location of the user and stating that they are unable to respond to their device.
-
On that note, there could be some advanced stuff included for a message being sent to emergency contacts.
- Phone battery life.
- If a galaxy watch is on, it would communicate vitals.
-
Other suggestions
Change the SOS sound, the current one sounds silly to have that blaring out loud. Something more alarming, attention-grabbing would be a lot better.
4 Likes
Share
Reply
4 Replies

Suggestions
No thanks, my phone tracks me enough already
2 Likes
Share
Reply

Suggestions
I agree. This would be great... the only thing is Apple has special mechanics inside of the iPhone 14 that helps it determine a crash with accuracy that can not be provided with the current geometric and teletromics. Hence, if this suggestion went hard-core, you would have one of the following happen: an SOS message when you throw your phone on the bed with anger because of the day you went through, or you drop your phone on the floor form a height... 😂 second, have you heard the alarm system of IOS for its SOS noise? Yes, just as "embarrassing.
2 Likes
Share
Reply 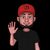 Suggestions
Yes, I agree Samsung should add crash detection to the next phone and watch. It can save lives
2 Likes
Share
Reply

Suggestions
Not only that, SOS happening accidentally is embarrassing anyway. It's a noise intended to attract eyes and people, you know.
0 Likes
Share
Reply