Have call recording integrated into OneUI

Google is making harder and harder for Android developers to develop apps that can properly record calls with high quality. With Android 9 and 10, developers only have access to the microphone, but not to the actual call audio, which results in poor quality call recordings where you can hear yourself too loud, but the other person is heard too low and hard to understand because it's all recorded through the microphone which can just obtain the tiny audio in the phone's speaker instead of the actual audio stream.

While Google is banning Android developers from recording audio from calls, they still allow phone manufacturers to include this functionality into their own Android customized UI. So it would be great, and a big differentiation factor, for Samsung to add this functionality to their OneUI, so the screen you see while you get a call would have a record call button, or even an automatic recording functionality. Other brands are doing this, so I hope you consider implementing this into OneUI.

I have a Note 9 which is still on Android 8 just because it's the last version of Android which lets app developers properly recording audio from phone calls. This functionality is important for me, that's why I still didn't upgrade to Android 10, even though there is a Note 9 update for that!

So, even though a call recording update couldn't make it into the Note 9 because the device is more than 2 years old, I'd even buy a new Note which can properly record calls if an update with call recording comes out. If not, I'm afraid I'll be stuck with my Note 9 with Android 8 for the time being... 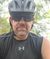 Suggestions
Not going to happen in the USA. laws regarding call recording are different for every State. Samsung will not step into this legal nightmare.
4 Likes
Share
Reply

Well, Google seems not to have that much problem in integrating the voice recording into their OS (while at the same time banning developers from doing so!). Android One phones, which have Android stock firmware, have integrated call recording. When using the call recording feature for the first time, it shows a warning on the screen that reads: “When using the call recording feature, you are responsible for complying with applicable laws related to the recording of calls. Please be aware that many jurisdictions require the consent of both parties for such recording”. That seems to be enough to avoid legal problems. Also, people on the other end of the call will hear the words “this call is now being recorded” when the recording begins, and the words “call recording has now ended” will be heard when it is over.

So, if putting the necessary disclaimers, Samsung could integrate call recording functionality into their OneUI layer.

Suggestions
that's something that should be up to the user. The software is simply a tool. Like anything else that can be used illegally. All states allow call recording if both parties agree. So if someone decides to break that part of the law it on them not the software.
1 Like
Share
Reply

Suggestions
I agree, but you know it's not going to happen.
2 Likes
Share
Reply

Suggestions
I hate the fact that a $1500 device has built in capabilities that are blocked from me. 😡
0 Likes
Share
Reply