Suggestions
Hey Beta team,
It has been heavily requested for years and now is the time to add and implement Jibe RCS to unlocked firmware for all supporting carriers (most already do.)
This is a feature that has been constantly requested each beta and needs to be standard in the OS right away. Most carriers already support this and in fact use this. Some carrier branded firmwares even have their own RCS enabled right away while the same carrier on unlocked firmware does not. Let's fix that by adding and enabling it natively!
Please add native rcs to all supporting carriers on unlocked firmware, we deserve better.

Suggestions
I second this as well. they're going to have to add it eventually, so why not add it now?
3 Likes
Share
Reply 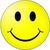 Suggestions
This has been a long time in the making. This could shape the future of texting on Android all together
1 Like
Share
Reply

Suggestions
fix the delays in sending messages with rcs first before turning it one for everyone.
2 Likes
Share
Reply

Has there been any development on this? I would like to see Jibe on Samsung Messages ASAP. It is a shame that some of the amazing features of Samsung are left up to the carriers to implement. These features are Samsung's competitve advantages and they're restricted in the United States. First, why is call and text on other devices restricted on some carriers? Second, why is it that some carriers use Jibe in their Samsung Messages App but some rely on carrier RCS? In the United States, most people purchase their devices from the carrier. If their carrier blocks Call and Text on other devices, whats the incentive for those users to purchase the Galaxy Tab S7 for example? If an RCS standard is not implemented with all devices, why would I convince my cousin on another carrier to even think about a Samsung if their happy with the fact that Apple's features 'just work' out of the box. iMessage works on all carriers on all devices logged into the same iCloud and Apple doesnt take any BS from carriers. They make it to where their features are just going to work regardless of whether it takes a few dollars away from carriers' number share program. That is why Samsung hasn't been able to crack Apple's market share in the United States. These features are what keeps people in the ecosystem and keeps them wanting more! Make these features work at the OS level, a standard, right out of the box cause we all know Samsung is superior and Android being open source should make it that much more possible to do whatever you want! It makes no sense that we live in a world where Android phones are being restricted and Apple's devices are not. Being the worlds largest Android phone manufacturer, c'mon Samsung. Pay some dollars if you have to and partner up with Google and Jibe and make 'Calls and Text on other devices' a standard on ALL samsung devices regardless of carrier and start taking some of the market share from Apple.