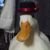 Hello and good day too anyone who may read 👋

I wanted to bring to your attention the art community and a little issue that I wanted to talk about. As some of you may know their is an app for iPad named Procreate. This is an app used mainly for many digital art pieces made by many, as well as various graphic design pieces. In recent years, it has been labelled as the best art app on the market or in general. I know this may sound like a selfish request or question but I was wondering if it were possible if in the future Procreate and Samsung could come together, either to bring the app to their market or create a new app entirely. I'm asking this because I know many artists and friends who want to use Procreate, and be able to experience the app for themselves, but are not fortunate enough to purchase an iPad for themselves; myself included.

I wanted to bring this to someone's attention because I know many people have requested it on both sides, and I thought why not try my hand and shoot my shot. I can see this being beneficial for both parties. As now people won't have to buy iPad specifically for this one app and now Procreate isn't limited to just Apple.

Hopefully someone sees this and could respond. If not, then I can't say I didn't try.

Thank you for reading

(Another thing that I forgot. I messaged the people over at Procreate and they said:

"If an Android device is developed with the properties we love about the iPad, that's something we would potentially consider. Procreate was designed with iPad’s touch gesture interface in mind, and it’s a huge part of the Procreate experience - we don’t compromise on experience." Hence why I offered the idea of a partnership instead of a whole new tablet/device.)

Thank you for your interest in sharing your idea with Samsung. We appreciate your feedback and will tag it on the forum so that it will appear with other feedback, ideas, and requests. This will allow your post to be more easily found in the event that Samsung product groups are seeking outside feedback/requests/ideas regarding our products.