This is one I've never seen before, so I'm hoping someone in the community can help me with this.

A friend brought this to me. When I give it power, it sits at the logo screen for what seems like enough charge accumulates to enough charge to start it's reboots. Once that point is reached, it spews a few dozen lines of texts and reboots. Rince and repeat.  Even if I unplug it, it'll stay in this boot loop until it kills the battery.

I'm hoping there's a way to interrupt the boot loop or to flash the original firmware on here. Once in this boot loop, though, it doesn't repond at all to homan input, so far as I can see anyway.. Below is a photo of the text it spews before reboot. The forum won't let me share the video, but i can send privately to anyone..

Is there a way to interrupt this pattern? Is this caused by faulty hardware, or was someone trying to flash this thing and **bleep** it up? It's in great shape, I don't want to throw it away. Any thouhgt? Thanks! 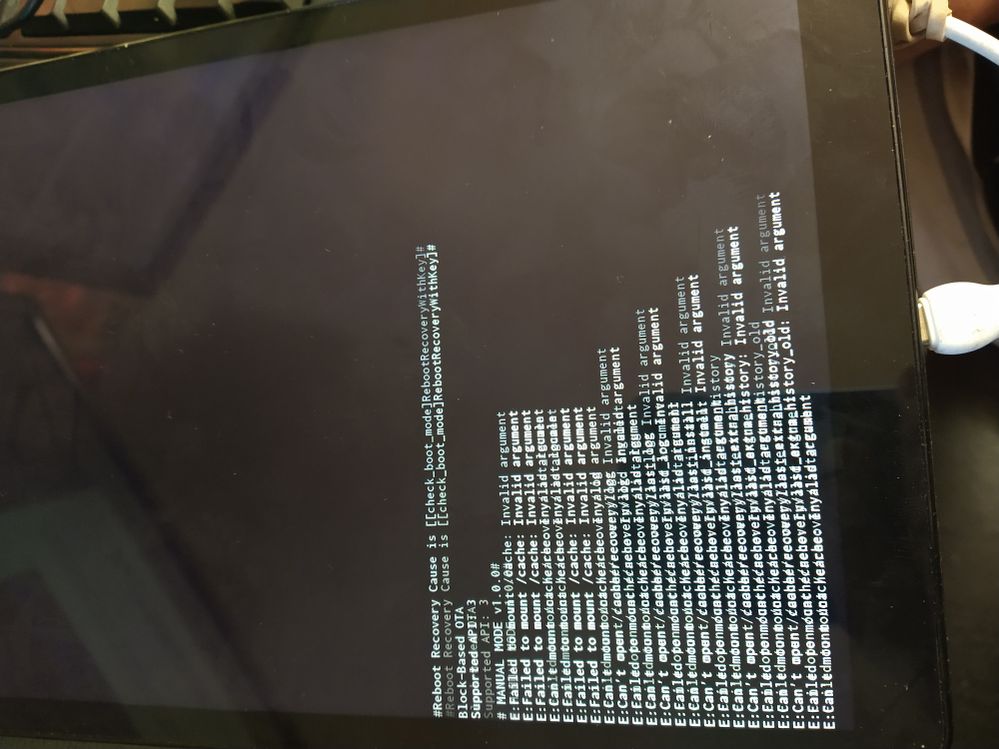 I don't get a chance to. I plug it in, it sits on the logo screen for a while (no response to inputs) then starts the boot loop (which cycles at about 3 seconds). It doesn't want to respond to anything I'm doing. I can unplug it and it'll just run boot loops till the battery dies. Rinse and repeat.